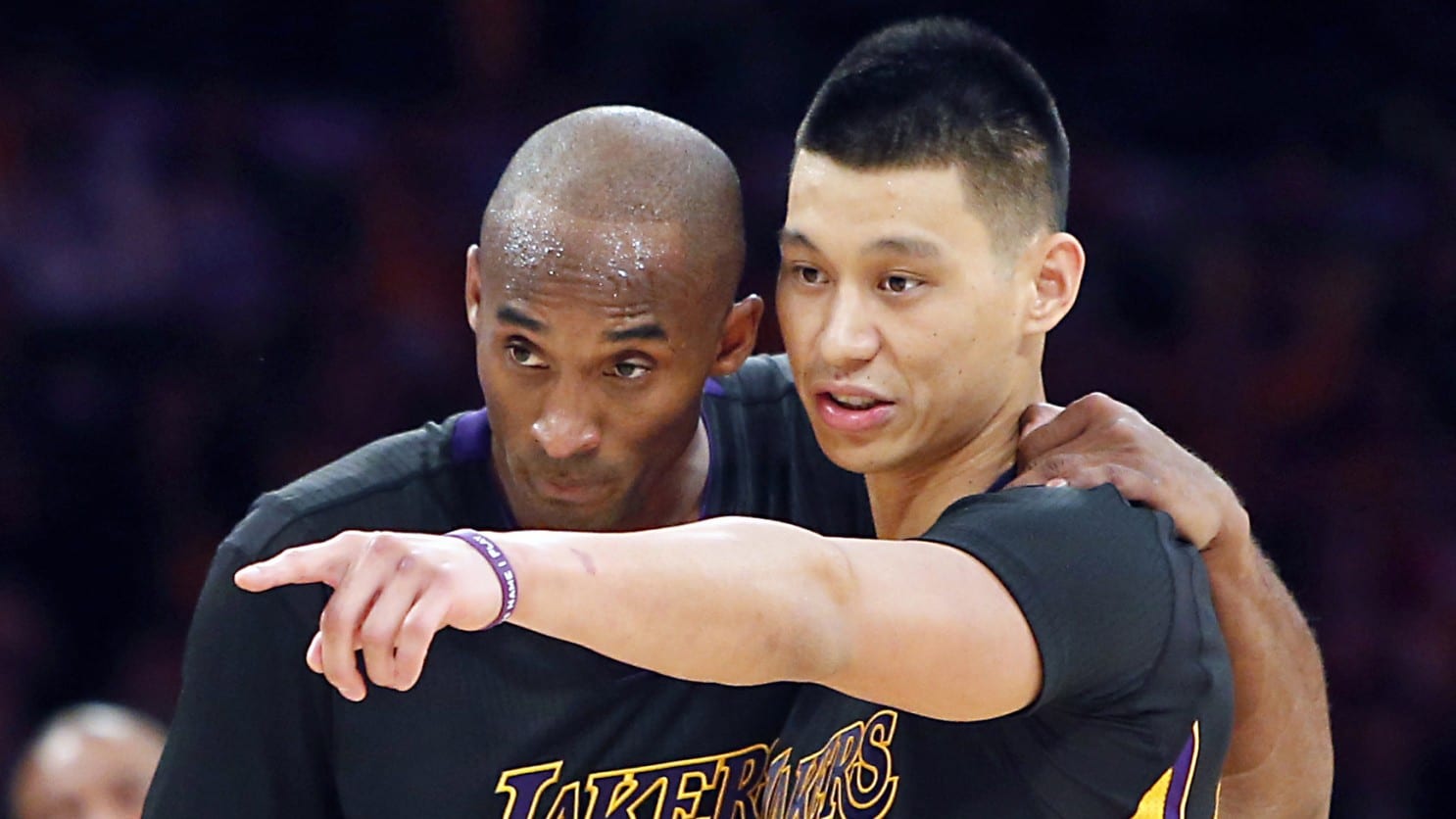 Jeremy Lin may have only spent one abysmal year with the Los Angeles Lakers, but at least he got a classic Kobe Bryant story out of his experience.

On “Inside the Green Room,” with current Laker Danny Green, Lin discussed the 2014-15 season, which turned out to be one of the worst in Lakers’ history.

Bryant had returned from rupturing his Achilles the year before only to suffer multiple injuries as he attempted to carry a weak Laker squad on his back.

The team was struggling at 13-34 just before the trade deadline when an injured Kobe, unexpectedly dropped in on a practice.

Imagine being on the #Lakers with Kobe Bryant and going into February w/ trading deadline approaching with a 13-34 record. @JLin7 recalled a practice during that 2014-15 season.

Lin recounted how in true “Mambaesque” fashion, Kobe let the players know exactly what he thought.

“I remember at this time he had gotten hurt and he was out for the season, so he wasn’t around for quite some time, just rehabbing and being away from the team and stuff.

And then all of a sudden after we hadn’t seen him in a few weeks… he walks in the gym, and this is the day before the trade deadline, and we’re all about to start practice.

…He comes in, sweatsuit, he has a sling for his hurt shoulder, he has his shades on, his Kobe shades.

And he walks in and everyone’s like ‘ohhhhhhhhhh’ and Booz, Carlos Boozer, is like ‘Kob! Good to see you bro! Dang, we haven’t seen you in a bit, how come you came today?’”

“And he was just stone-faced, and he was like ‘I just came by to say bye to some of you bums who are going to get traded tomorrow.’

And I remember one of my teammates was just like ‘I lost all motivation to practice.’”

The Lakers finished 21-61, and Kobe didn’t lace up for the rest of the season, but none of those bums were traded, at least not before the deadline that year.