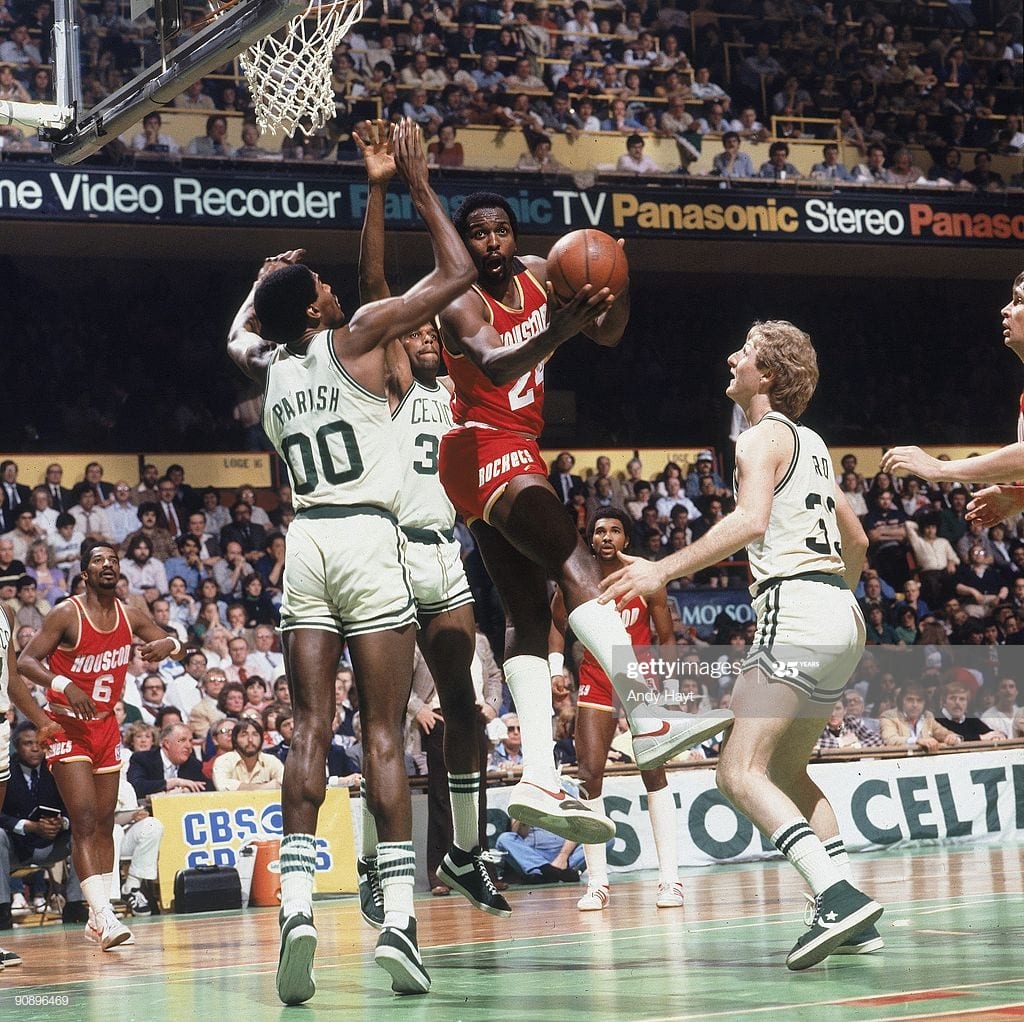 The 1981 NBA Finals pitted the league-leading Boston Celtics against the Houston Rockets, and what a series it was.

It’s a miracle that the Rockets made it to the Finals in 1981.

If they had been in the Eastern Conference, they wouldn’t have even made the playoffs.

Houston’s run to the finals began against the Los Angeles Lakers, who had won the championship the year before.

Shockingly, the Rockets made pretty quick work of the defending champs, beating them 2-1.

The Rockets then beat the San Antonio Spurs and the Kansas City Kings to become one of the few teams to ever have a losing record and make it to the Finals.

Boston’s road to the Finals was much easier.

They had a bye in the first round, then swept the Chicago Bulls and beat the Philadelphia 76ers.

Most pundits considered the Celtics heavy favorites over the Rockets.

Going into the series, the Celtics had won twelve consecutive games over them.

But Houston, or should I say Moses Malone, put up a hell of a fight.

Bird’s game one putback is still considered by many to be one of the greatest shots in NBA history.