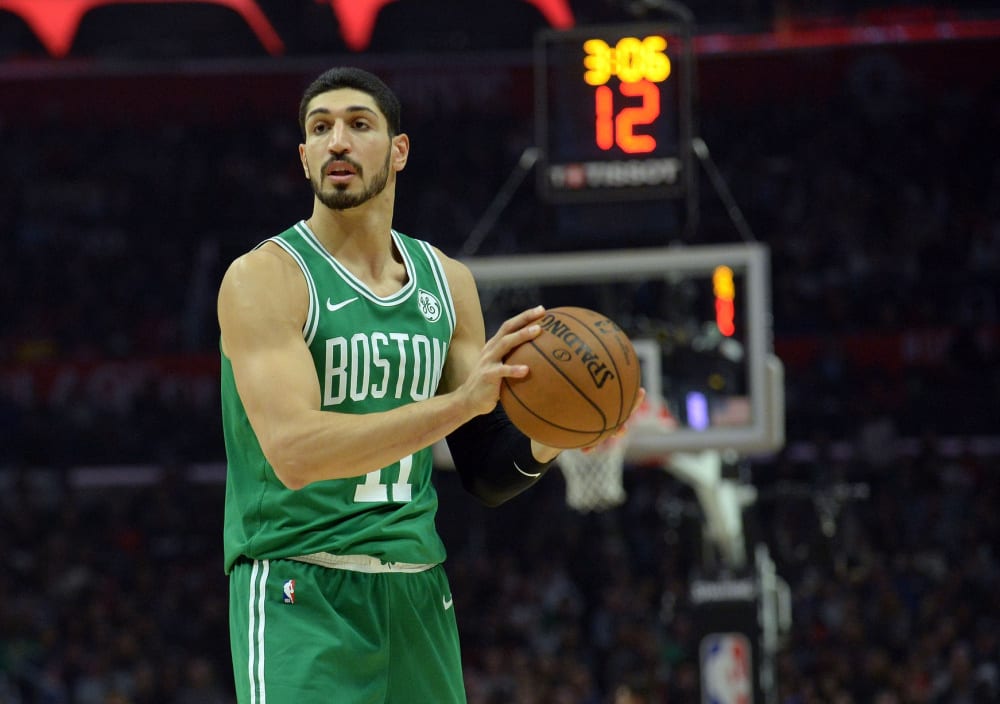 In fact, the Boston Celtics big man has received an offer from the WWE to enter the ring.

Kanter himself has acknowledged he is a wrestling fan and one of his dreams is to become a WWE superstar.

Discussing his post-NBA plans, Kanter sat down for an interview with Stadium where he talked about his dream and his offer.

Kanter is a  6-foot-11 center for the Celtics with nine years of NBA experience.

The third overall pick of the 2011 NBA draft by the Utah Jazz will turn 28 next week.

His current Celtics contract runs through the end of the 2020-2021 season.

No, not when they were wrestling in the NBA Finals.

However, there was a time when both Malone and Rodman wrestled in the WWE.

It was quite entertaining to say the least.

Perhaps Enes Kanter and Rob Gronkowski can give the world a similar show.

Or even better, Kanter and LeBron James.

While the latter seems very unlikely, there is not doubt, Kanter can talk trash with the best, and has some nice moves to be a basketball player turned wrestler.