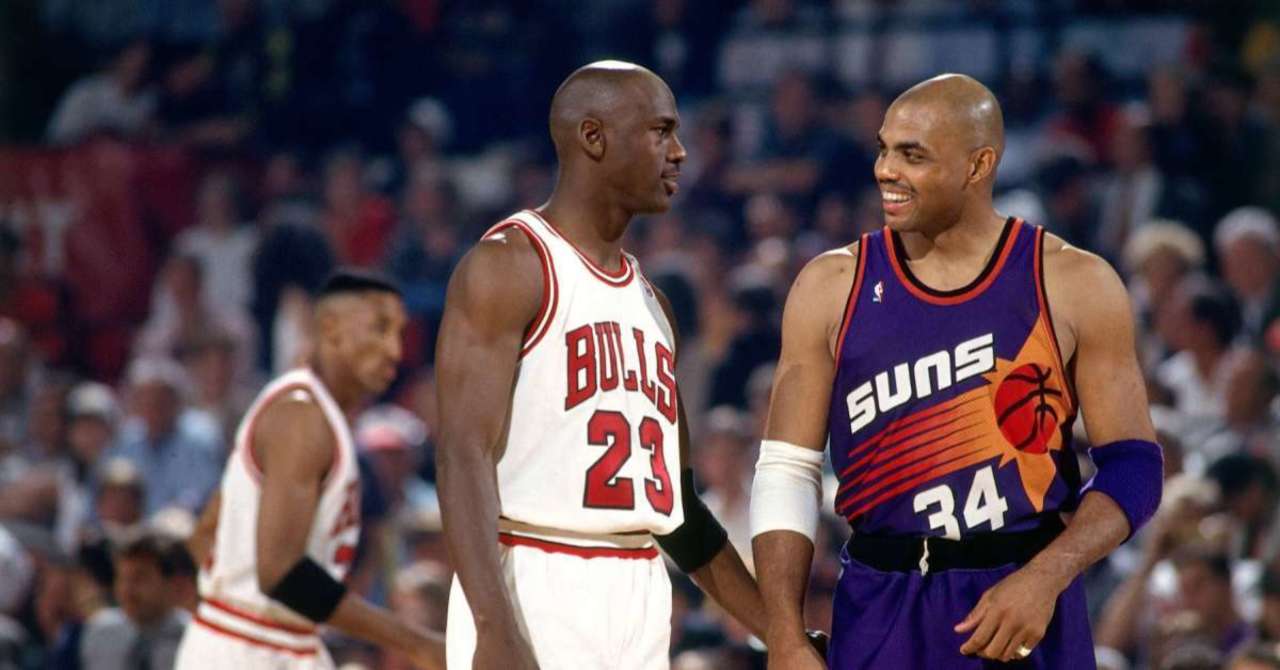 However, his leadership methods are not among the things Barkley likes.

In fact, Barkley called out Jordan on Tuesday saying that he only bullied certain teammates because he knew they wouldn’t fight back.

Speaking on “The Dan Le Batard Show with Stugotz” Barkley expressed some of those criticisms towards Jordan.

One of the things Barkley said was that Jordan had “selective prosecution” when it came to bullying teammates.

But what exactly does that mean?

It means Jordan only picked on guys who wouldn’t “whoop the hell out of you,” Barkley said.

The subject of Jordan’s bullying was especially present in episode seven of “The Last Dance” that aired Sunday.

In that episode, several teammates of MJ weighed in on whether he was a good guy or not.

One of the prominent clips from that episode was when Jordan berated Scott Burrell on the practice court.

However, Burrell and Jordan and never traded punches and both men were even scene playing cards together on the team play in an earlier episode.

That wasn’t the case at the beginning with Jordan and Steve Kerr.

Those two famously fought during a practice, but Kerr went on to say it improved their relationship.

That altercation is covered in episode eight of the docuseries.

While Charles Barkley gives his opinions on what he has seen from the series, Jordan and his teammates, no matter how far they were pushed, can sit back and relish on their historical accomplishments.