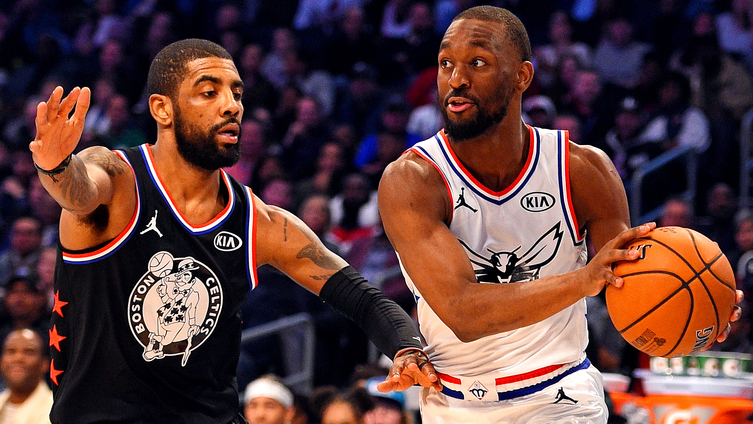 Walker replaced Irving as the starting point guard on the Boston Celtics this season after Irving walked in free agency.

Both Walker and Irving are widely regarded as top-10 players at their position.

Walker was an Eastern Conference starter in the 2020 NBA All-Star game.

The year before, both he and Irving were Eastern Conference starters.

Kyrie Irving made plenty of enemies during his time in Boston.

In 2018, after his first year with the Celtics, Irving announced that he planned on resigning with the team.

Irving’s time in Boston was dogged by poor team chemistry and outbursts with media.

Tensions boiled over on an early spring night when Irving, who had just shot a dismal 7-22 from the field, declared that he “should’ve shot 30.”

Irving’s departure from Boston was just as quick as his sudden introduction.

Former Charlotte Hornets guard Kemba Walker was brought in to replace Irving on the Celtics roster, and Irving went to Brooklyn.

“Me and K-Walk, that’s my match-up… that’s my big-bro” Irving said when asked who wants to play.

Kyrie Irving wants all the smoke against Kemba Walker 🔥🔥🔥 pic.twitter.com/3XbzTZZA8X

Both Irving and Walker are from the New York/Jersey area and are viewed as premiere guards from an area that’s produced a fair share of them.

Whether or not Irving and Walker actually play a game one-on-one before they match-up in another NBA game remains to be seen.