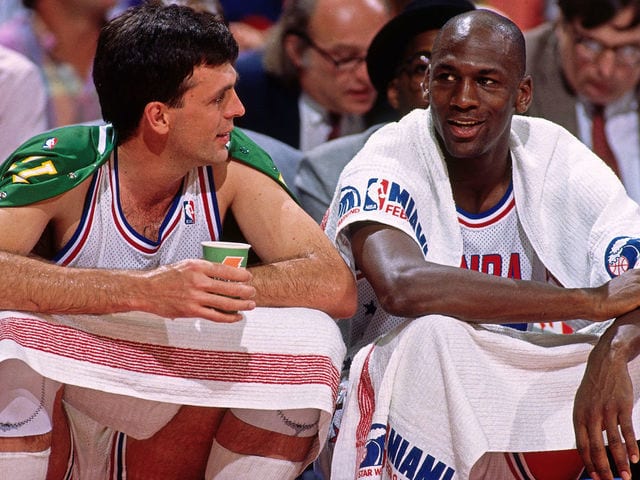 Boston Celtics legend Kevin McHale has weighed in on The Last Dance in spectacular fashion.

McHale didn’t hold back when discussing the documentary and the 90’s Bulls in an interview published by the Boston Herald on Sunday.

The Hall of Famer’s remarks were especially pointed when discussing the heated Bulls-Pistons rivalry.

“First of all, you can see why the Pistons didn’t like the Bulls,” McHale told the Herald. “The Bulls complained all the time. That’s one thing that came across (in the documentary). Like, ‘This is not basketball. This is thuggery.’ All that stuff. I thought the Bulls really disrespected what the Pistons were able to do. “But, hey, when you kill the king, you can talk (expletive).”

The former All-Star also shared his thoughts on the whole walkout controversy.

According to McHale, what the Pistons did after losing to Jordan and the Bulls in the 1991 Eastern Conference Finals was fairly standard practice back then.

“I’m going to tell you this: of all the series that I played in all through the ’80s, after a close-out game, unless you were walking with somebody you knew, you almost never said anything. You might congratulate them if you saw them later, but there wasn’t a lot of talk, I mean, congratulatory or (expletive)-talking or anything. You just kind of went in the locker room. Ninety percent of the series we won, I didn’t talk to anybody. They didn’t come up to me, and I didn’t think they should.”