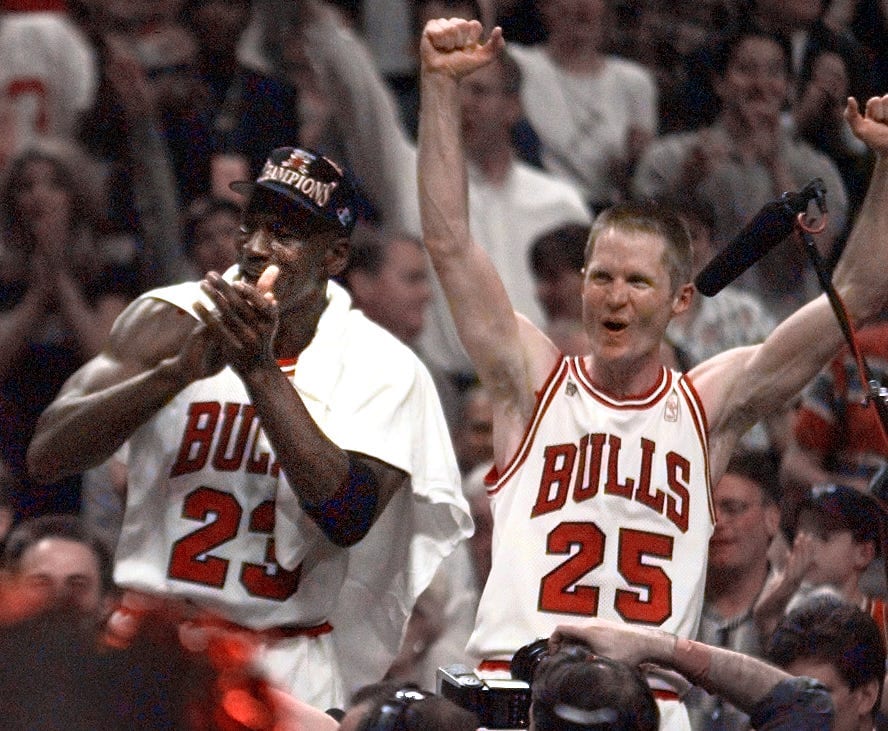 Kerr won three championships as Jordan’s teammate with the Bulls, but many remember the time Jordan gave Kerr a black eye.

With only four episodes of “The Last Dance” remaining, Kerr knows that his now, infamous practice fight with Jordan will be under the microscope for the world to see on Sunday, and subsequently at the forefront of sports talk around the world come Monday Morning.

It wasn’t the first time teammates had a physical altercation in practice, and if “The Last Dance” has shown us anything, it’s that Jordan had no issue with getting on his teammates either verbally or physically.

Jordan and Kerr didn’t let the incident get in the way of their main goal, which was winning another NBA Championship.

That showed in Game 6 of the 1997 NBA finals when Jordan gave up the chance to have another championship-winning shot on his resume and opted instead to add a game-winning assist to Kerr.

The biggest takeaway, in the end, may be that playing with Michael Jordan is not normal or easy.