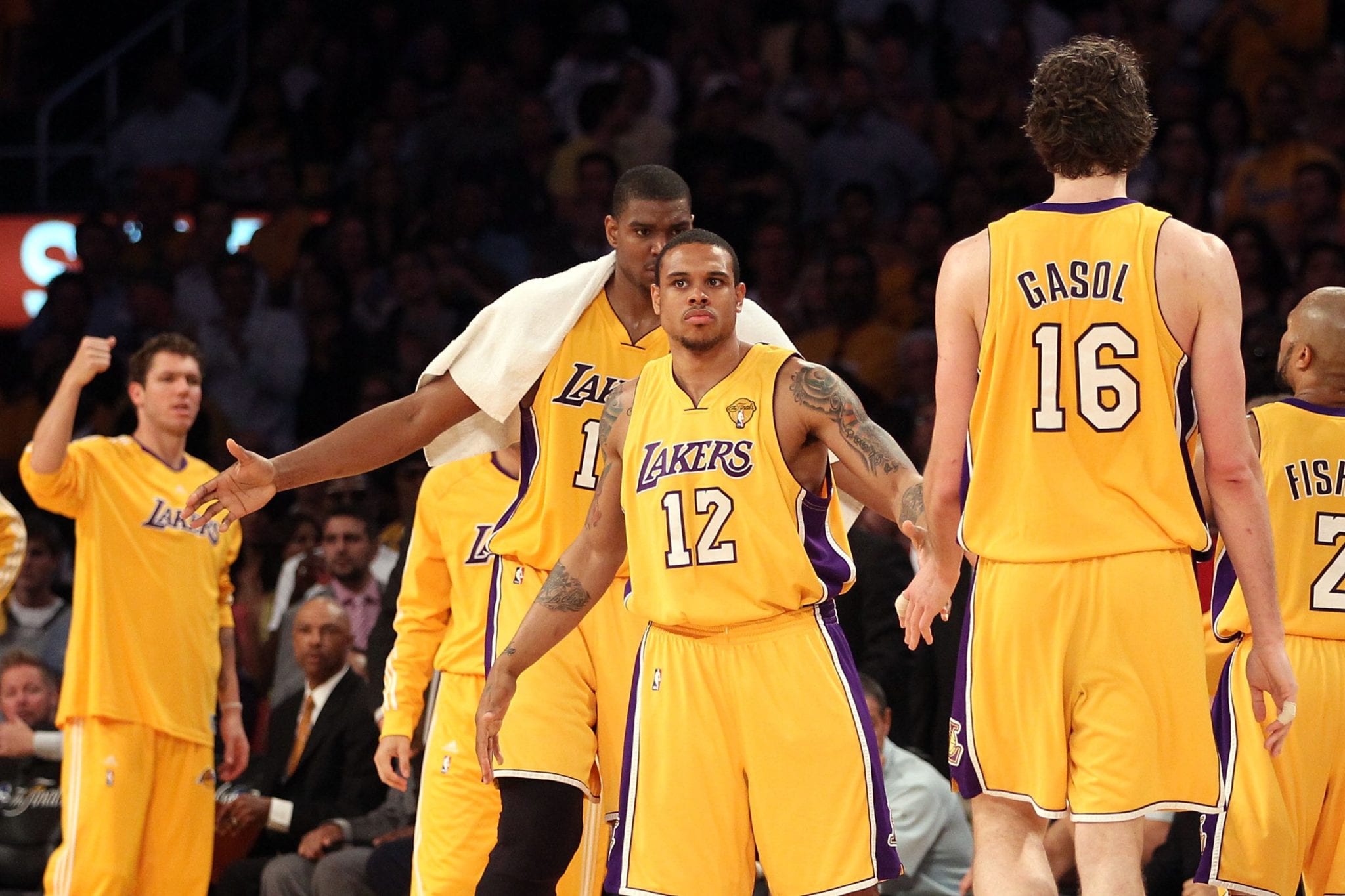 Former Los Angeles Lakers guard Shannon Brown was arrested last week after being accused of firing a rifle at two people who were looking at homes for sale in a suburb of Atlanta, Georgia.

Brown, 34, is facing a charge of aggravated assault for the incident, which occurred May 2 at his home in Tyrone, Georgia.

He was released on bond on Monday.

The former Lakers guard had told police he thought the couple was attempting a break-in on his house, according to the Atlanta Journal-Constitution.

The couple then proceeded to tell police that they were in the area to look at homes and saw a “for sale” sign posted in front of Brown’s house.

The couple then told investigators the front door was open and entered the home after yelling out their intent to tour the house.

According to Tyrone police Lt. Philip Nelson, “They stated that they heard a voice acknowledge them once inside, at some point, Mr. Brown came from upstairs with a rifle and detained them.”

“Shortly thereafter, he let them go, and they stated he fired his rifle towards them as they were leaving.”

There were no injuries, but Nelson said investigators found one empty shell casing at the scene.

According to the police, Brown’s home in Fayette County is listed for sale.