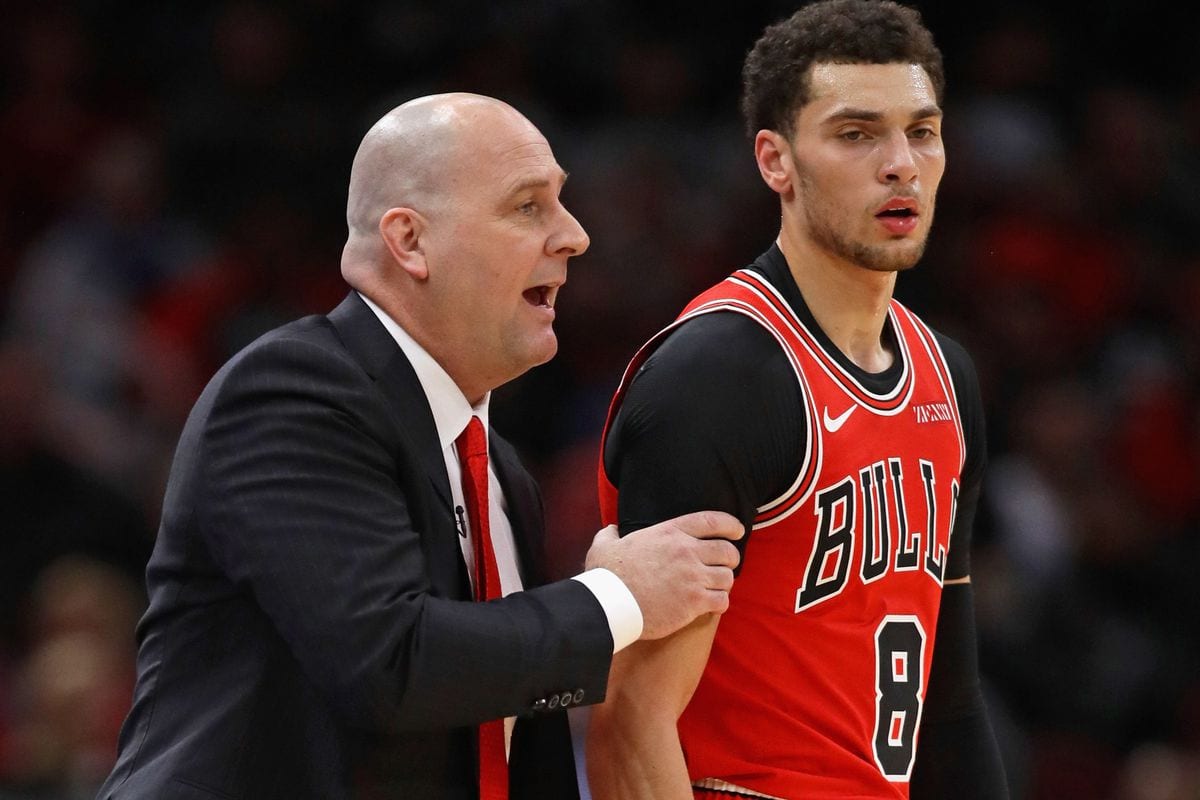 The Chicago Bulls have a new front office and that could be bad news for incumbent head coach and noted hard ass Jim Boylen.

After talking to players and staff about Boylen, it appears new head of basketball operations Arturas Karnisovas and general manager Marc Eversley may have a less glowing view of him than previous management.

That’s according to Joe Crowley of the Chicago Sun-Times:

Ownership, as well as former vice president of basketball operations-turned-adviser John Paxson, would like Boylen back and have told the coach as much… [Karnisovas and Eversley] have already had detailed discussions with players and retained personnel, however, and are getting enough of a mixed bag of feedback of what’s gone on the last year that they are leaning toward starting with a new coach and moving on from Boylen once a decision on the season is made by the league, according to a source… What will undoubtedly sink him, though, is a source said that several key players ripped Boylen to the regime, and then there’s the elephant in the room of a 39-84 (.317) record since taking over from Fred Hoiberg.

This comes after ownership recently moved John Paxson aside and brought in Karnisovas to help revitalise the team.

Boylen, meanwhile, had to deal with plenty of injuries to his team, but it became clear that his old-school, hard-nosed style was wearing thin with the players.