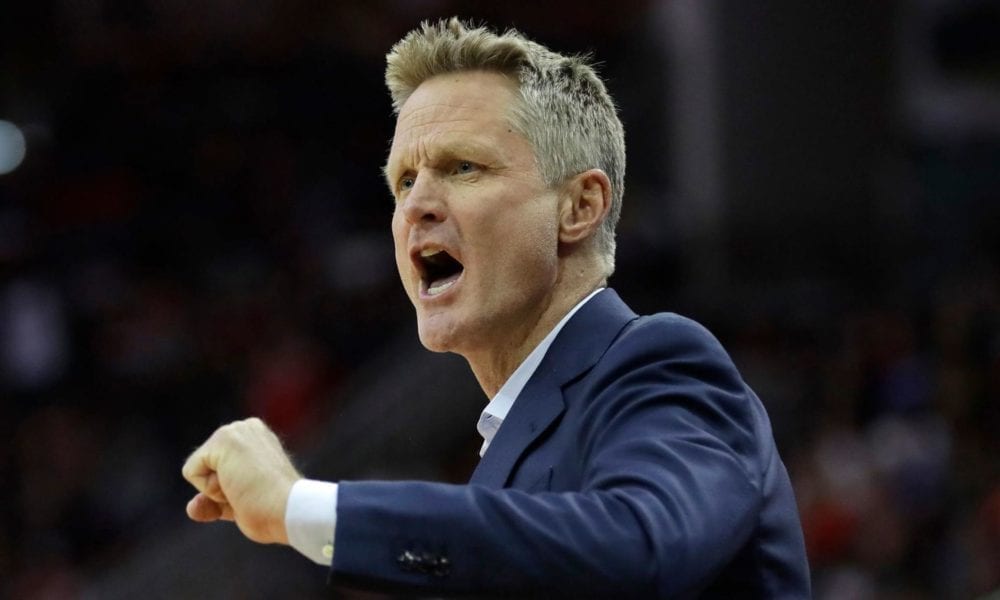 Steve Kerr has been a part of a dynasty as a player and as a coach.

His most recent title came with the Warriors, but he also celebrated championships with the Spurs and, of course, the Chicago Bulls.

Kerr, who was featured on “The Last Dance,” says he won’t be sitting in the hot seat anytime soon to reminisce about the Warriors’ rise to greatness.

In fact, Kerr shut down coverage by camera crews that had been following Golden State.

The Chicago Bulls knew they were coming to an end, their final run.

The Warriors may have fallen in last year’s finals, lost Kevin Durant, and watched division rivals the Lakers and Clippers load up for their own title runs, but Golden State still has its own “Big Three.”

No dynasty is the same, and no team’s story can be told the same.

Chicago was uniquely aware they were playing their final season after Jerry Krause informed everyone it would be coach Phil Jackson’s last year and thus Michael Jordan’s as well.

But the Warriors believe they are still in the middle of their run.

” You think about our situation with the Warriors, and we didn’t have a final season,” said Kerr.

The Warriors will look to rebuild around Steph Curry, Klay Thompson, and Draymond Green with rumors speculating their interest in Buck’s All-Star Giannis Antetokounmpo.

Kerr explained, “you want to capture the final days of this run,’ it’s like you’re basically telling your players that you believe this is ending.”

Assuming the Warriors had reached their apex and were now on their way down would throw off relationships and team chemistry and everything the team had built over time.

Durant may have left, but the Warriors won a title without him and they still have the Splash Brothers, Draymond, and a lottery pick in this year’s draft.

Kerr has experienced success multiple times throughout his career, and though many in the media have already written his team off, Kerr and the Warriors believe they haven’t hoisted their last Larry O’Brien trophy.

For now, “The Last Dance,” will be Kerr’s only documentary appearance.

The Warriors still have a long way to go before the music ends.