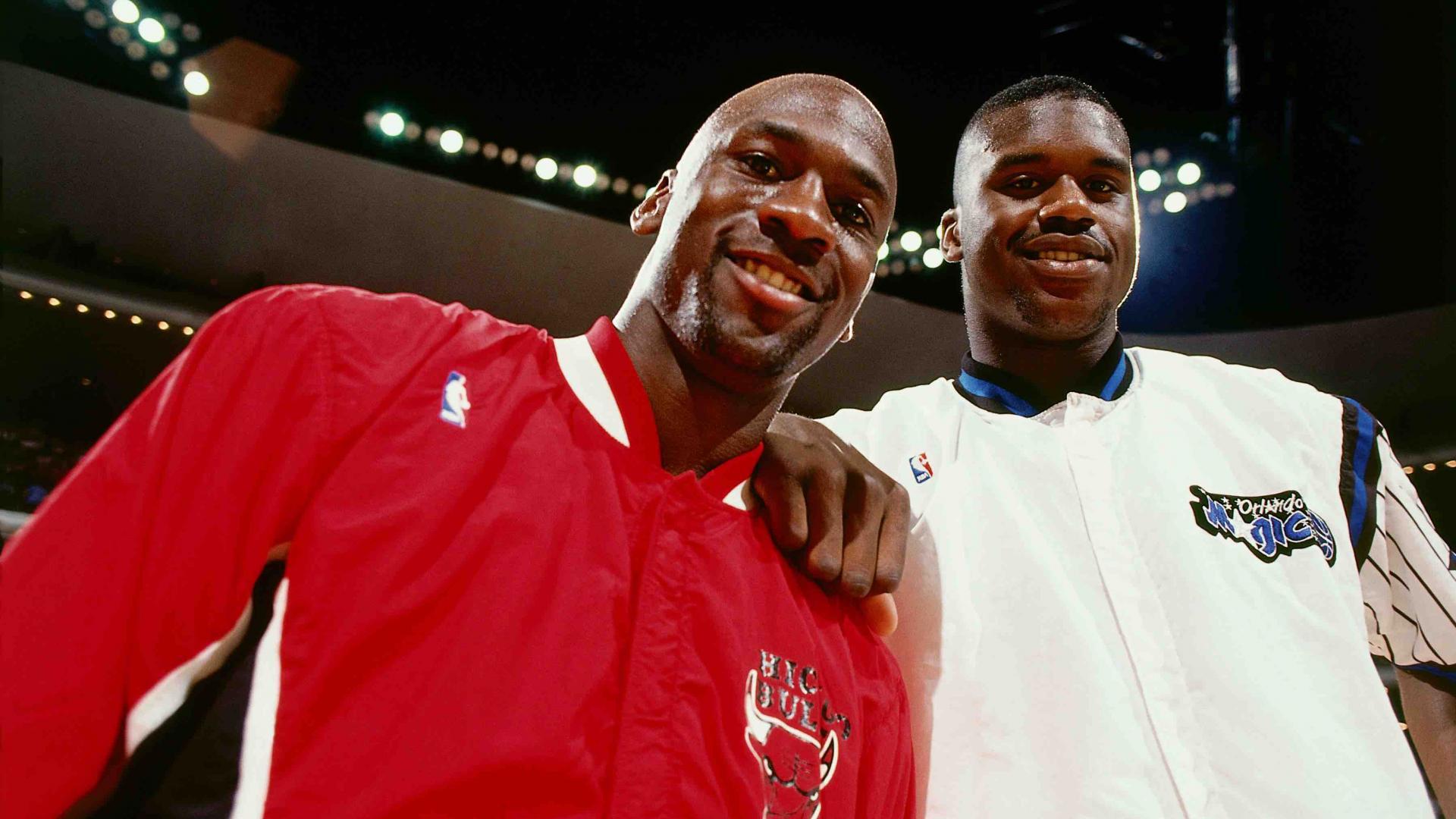 If Michael Jordan were playing in today’s NBA, Shaq believes he’d average 45 points a game and be the most dominant player in the league.

Shaq certainly knows a thing or two about what it takes to be a dominant basketball player, averaging 23.7 points, 10.9 rebounds, and 2.5 assists during his 19 seasons in the NBA.

Responding to ESPN’s Mike Greenberg on how the greats of the previous eras would perform in today’s league, Shaq said, “The league would be complaining about two players. They’d be like ‘Michael is too good’ and ‘the kid named Shaq down in Orlando is too dominant.‘”

It’s not surprising that Shaq, a renowned confidence man, thinks that he and Jordan would be the best players in the league today.

Diesel demonstrated an uncanny ability to physically overpower other players during his years in Orlando.

Today’s big-men are smaller, but their game is also much more versatile.

A freak of nature possessing size, strength, and agility, it only seems logical that Shaq would have easy-pickings in the post.

On the other hand, the faster pace of play might have made it harder for a guy like Shaq to maintain endurance.

It’s impossible to know how Shaq or MJ would perform in today’s NBA.

But if one thing is abundantly clear, it’s that they’d both obviously be All-Stars.