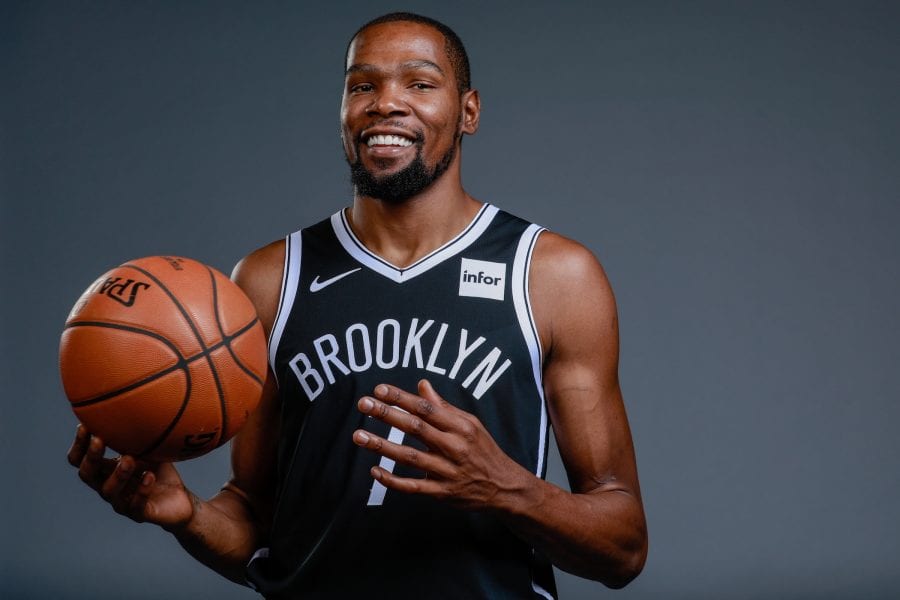 Nets GM Sean Marks isn’t closing the door on the possibility of Kevin Durant taking returning to action postseason if the season does in fact resume.

Marks made the comments when speaking

“When you’ve got enough invested in a player like Kevin, we’re never going to push him to come back,” Marks told Newshub in New Zealand.

When the timing is right, he’ll be 100 percent when he gets on the court. I can tell you this though, before the pandemic, he looked like Kevin Durant and that’s a good thing.”

Having a player of Durant’s level return to the lineup will certainly breathe new life into the Nets, providing a huge boost as things stand before the season was suspended the Nets were in the seventh spot in the East playoff picture.

But if KD were to come back, that would be a game-changer for the Nets.

If Kyrie is healthy too, they could have suddenly transformed from a mediocre squad to a genuine chance to make the conference finals.