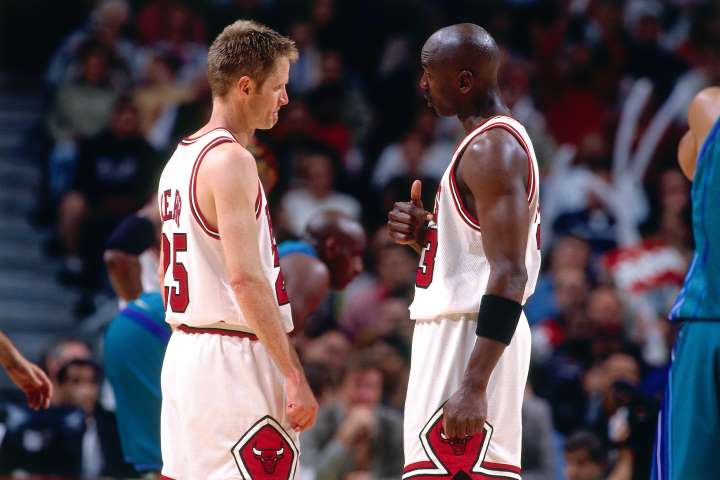 Michael Jordan’s infamous fight with Steve Kerr at practice will feature in next week’s instalments of ‘The Last Dance’.

This little tidbit of information was revealed by ESPN in their teaser for the next two instalments.

"I just haul off and hit him right in the f—ing eye. And Phil just throws me out of practice."

The fight culminated in Jordan punching Kerr in the face and giving him a black eye.

Kerr has since stated the fight actually helped with his relationship with Jordan, because his refusal to bow down to MJ earned his respect.

This follows Kerr saying the fight resulted in a “totally different relationship” between the two players.

The former Arizona guard would go onto come up clutch for the Bulls during the 1996-97 postseason.