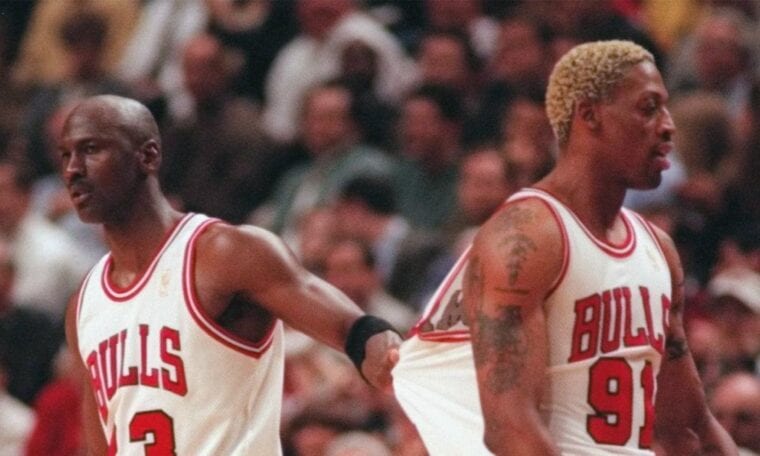 ESPN’s smash hit “The Last Dance,” was rushed on-air before the series was even completed.

The ten-part documentary follows the legendary Chicago Bulls during their final season in 1997-98 and how they reached the pinnacle of team sports.

Though the series was originally scheduled to premiere in June during the NBA Finals, production was pushed up in the wake of the coronavirus.

COVID-19 put a halt to sports across the world, leaving fans and pro athletes thirsty for sports content.

Public demand and a little nudge from NBA megastar LeBron James helped get the series out early on April 19th, but it was not an easy task.

Several obstacles stood in the way of finishing the series for an early release date.

Director Jason Hehir and his production team had only completed three of the ten episodes by the time “The Last Dance” premiered.

The quarantine forced the production team to conduct editorial meetings via Zoom, while editing was done in five different locations, sharing the work via Vimeo.

Arash Markazi, of the Los Angeles Times, reported the production crew is now in the process of completing the final two episodes.

As for the series, it has been nothing short of a smash hit with fans providing them rare behind-the-scenes footage of the iconic figures that made the 90s Bulls icons in sports culture.

“The Last Dance” has also managed to rekindle the long-simmering feud between the Pistons and Bulls, and a reexamination of Isiah Thomas’s exclusion for the Dream Team.

Despite the backstories and behind-the-scenes footage already shown, there’s plenty more in the next six episodes for fans to get excited about.

Despite the rush in editing, the series has been a huge success.

Hehir assured several surprises are waiting in the wings for viewers as “The Last Dance” continues this Sunday.