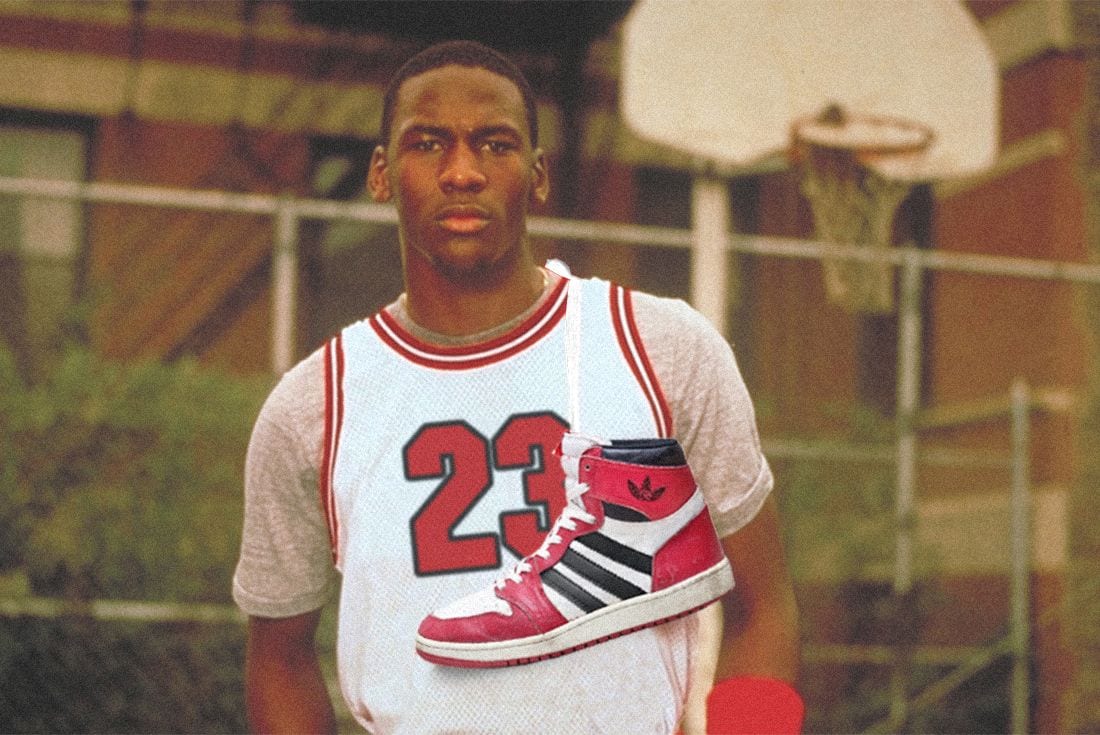 Life is full of what-ifs and some sting more than others.

One of the biggest what-ifs imaginable is Adidas deciding not to sign a young Michael Jordan to a shoe deal back in 1984.

To make matters worse, Jordan liked Adidas more than Nike back then and actively wanted to sign with them, according to The Wall Street Journal.

Jordan believed Adidas offered him the best opportunity to make money and maintain control of his brand.

And while some Adidas officials internally advocated for signing Jordan, the company’s final decision-makers were set on sponsoring big men.

The commonly-held belief that only seven-foot centers could be true superstars is also what led the Portland Trail Blazers to select Sam Bowie ahead of Jordan in the 1984 NBA Draft, a similarly regrettable mistake.

So, Adidas had Michael Jordan knocking on their door and they slammed it in his face.

Jordan, of course, ultimately signed with Nike and formed a lifelong partnership which made both parties obscene amounts of money.

In fairness to Adidas, no one knew Jordan would become the greatest player of all-time back in 1984.

But that’s unlikely to ease the pain for those responsible when they look back on this missed opportunity.

Kids everywhere would be wearing stripes instead of swooshes, and Jordan Brand and its billions in annual profit would come under Adidas’ name, not Nike’s.

Imagine how that could’ve separated Adidas from the pack.

But it wasn’t to be.