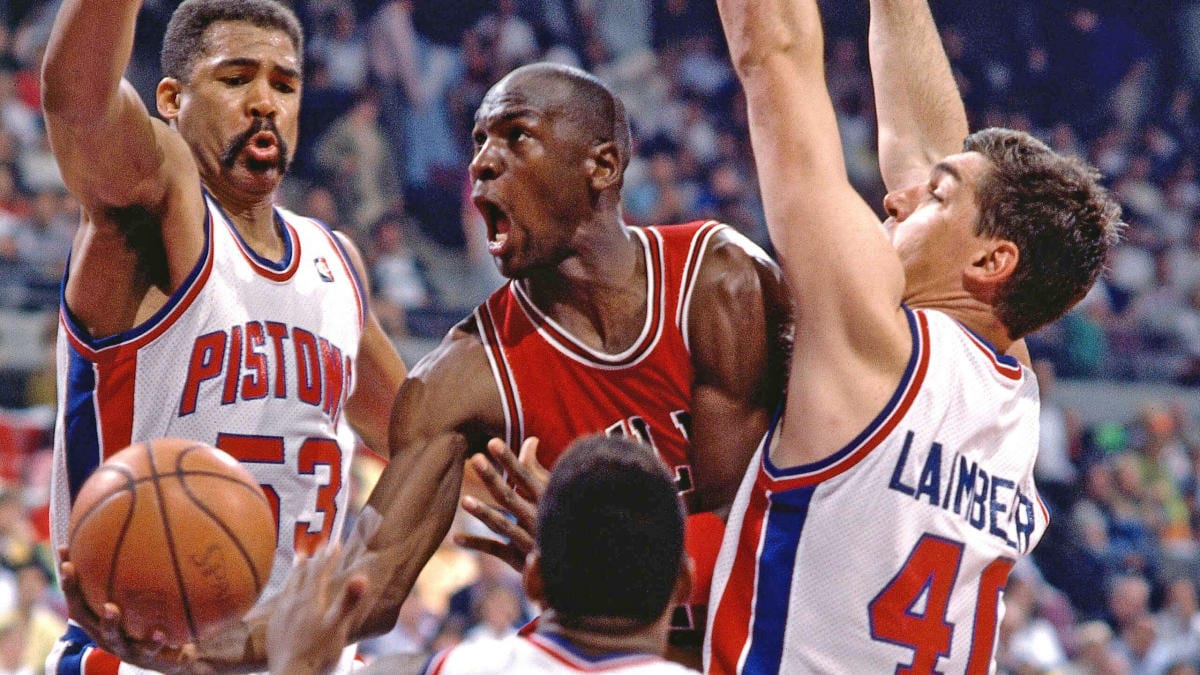 For Chicago Bulls fans, three things are certain: death, taxes, and a hatred for the Detroit Pistons.

It’s no secret the animosity was strong between the Bulls and Pistons during the Jordan years.

Whenever the Bulls and Pistons played, no matter where Jordan went on the basketball court, two defenders were waiting for him.

These weren’t just any players either, they were hard-nosed, physical defenders like Bill Laimbeer and Dennis Rodman.

The Pistons’ goal was to keep Air Jordan from taking flight.

For two seasons, it worked.

Detroit even dubbed the strategy “the Jordan rules.”

In 1991, Jordan and the Bulls got their revenge on the Pistons, sweeping them in historic fashion.

Before game four finished, the Pistons left the court, which left an especially sour taste in the mouths of Bulls players.

In the ESPN documentary “The Last Dance,” former Bulls Center Horace Grant said that the Pistons were acting like “straight up bitches.”

Jordan seemed to echo Grant’s sentiment, although he didn’t outwardly use the same vernacular.

Instead, Jordan says that former Pistons Guard Isiah Thomas sealed his own fate with his actions on the court.

Thomas was notably left off the USA Olympic Dream Team, despite being one of the best players in the league.

That’s because superior players like Michael Jordan simply didn’t want him there.

To this day, Jordan says that the hard-feelings are still there and that he still hates the Detroit Pistons.