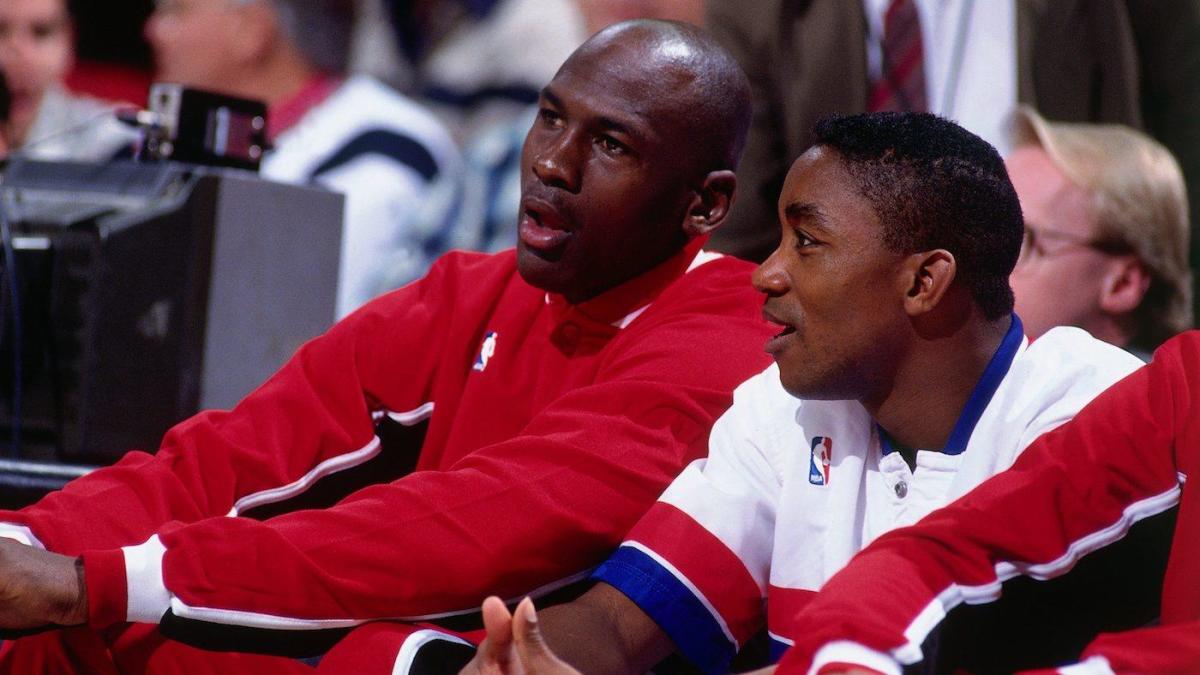 Former Detroit Pistons star Isiah Thomas says he paid a “heavy price” for not shaking hands with Michael Jordan and the Chicago Bulls following their defeat in the 1991 Eastern Conference Finals.

However, his teammate Bill Laimbeer does not regret the controversial decision.

The Pistons-Bulls rivalry was under the spotlight in episode three of “The Last Dance”, where the Piston’s general lack of sportsmanship was on full display.

Thomas discussed the moment and his relation with Jordan on ESPN’s Get Up on Monday.

“We were coming down, Michael Jordan was coming up,” Thomas said of Jordan and the Bulls’ ascent.

Before their infamous exit in 1991, the Pistons had been the biggest hurdle for Jordan and the Bulls to overcome.

In fact, the Pistons eliminated Chicago for three consecutive seasons before the Bulls swept them in the 1991 Eastern Conference Finals.

With seven seconds remaining in Game 4 of that series, Laimbeer suggested to Thomas and his teammates that they should skip the handshake and walk off the floor.

“I’ve paid a heavy price for that decision,” Thomas said.

“We actually gave the world the opportunity to look at us in a way that we never really tried to position ourselves in or project ourselves in that way. So it’s unfortunate that it happened.”

Despite Thomas’ remorse, Laimbeer told Rachel Nichols on The Jump that he still supports the decision the Pistons made nearly 30 years ago.

Regardless of public perception, Laimbeer made his feelings clear.

“Why would I regret it now?” he said.

“I don’t care what the media says about me. I never did. If I did, I’d be a basket case, especially back then.

Thomas, meanwhile, also went on to say that he was “personally hurt” by the way he is portrayed in the docuseries and even apologized to the city of Detroit.