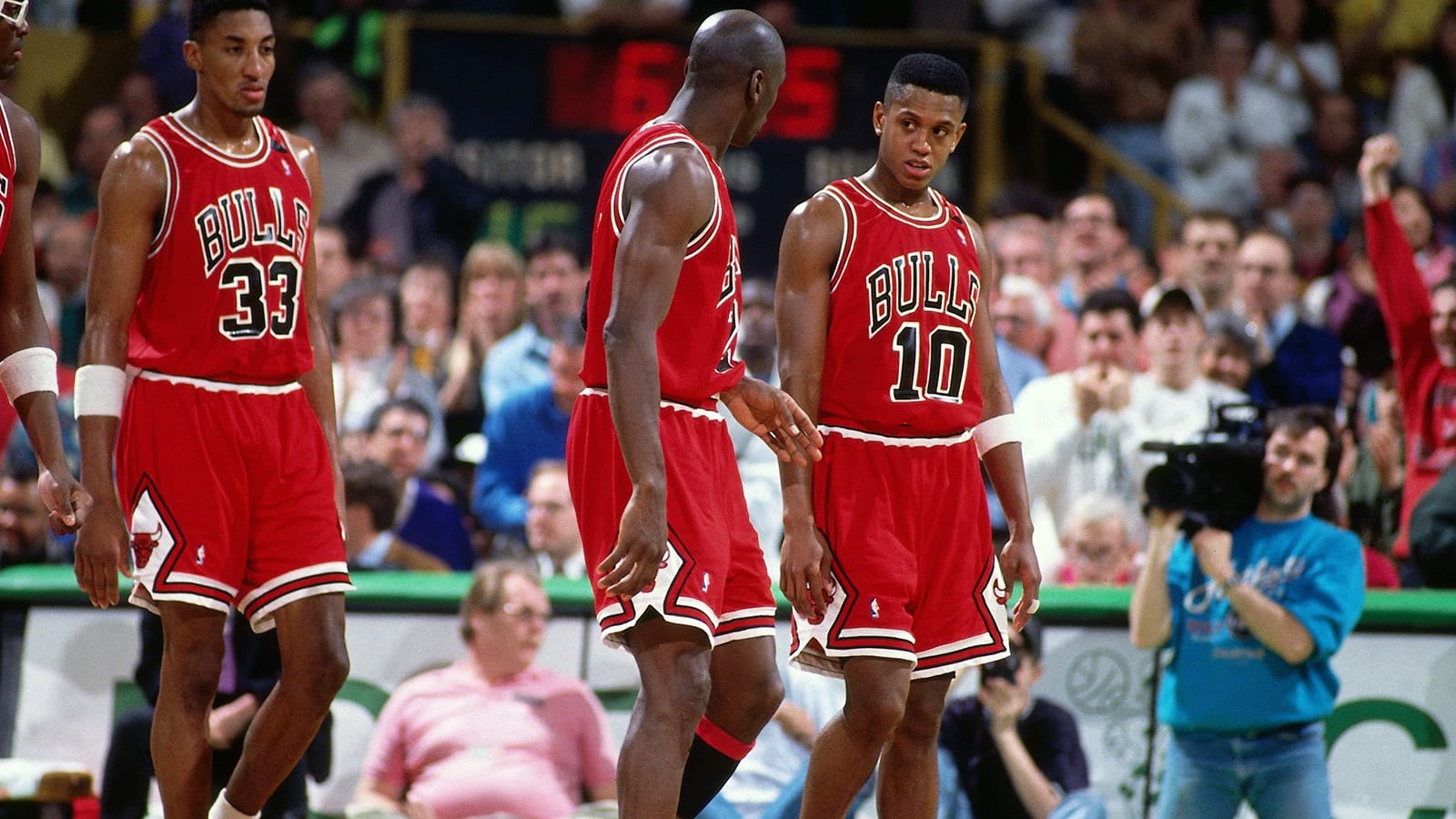 Just like Michael Jordan, B.J. Armstrong knows what it’s like to play with Dennis Rodman and against him.

Armstrong was a member of Jordan’s Bulls when they were fighting to overcome Rodman’s Pistons during first run of three straight NBA titles.

He also played on the 1997-98 Charlotte Hornets team which lost to Jordan, Rodman and the Bulls in the East semifinals that season.

All these years later, Armstrong believes you’d be a fool to underestimate Rodman’s importance to those Bulls teams.

“The thing I always admired about Dennis was he was a very, very intelligent player, and after all of the hair colors and semantics and all those things, underneath that was a really, really good basketball player, very fundamentally sound,” Armstrong told The Associated Press.

“And I would argue that it would have been very difficult for the Bulls to win without him, because it’s hard to win when you don’t have bigs who can play with the physicality that’s necessary to win at a championship level. And Dennis could meet the challenge..”

And while the Pistons famously had “The Jordan Rules”, Armstrong said his Hornets had ‘The Rodman Rules’.

“I mean, the guy just understood how to rebound,” Armstrong said. “We had an assistant coach on our staff at the time, Paul Silas. And Paul used to always tell us that what Dennis is doing, you can’t prepare for. He was that good. You couldn’t box him out. You had to face-guard him. The reason he was a great rebounder was he understood offensive schemes and he understood the timing of the shots.”

And guess what? The Rodman rules didn’t work:

He averaged 17.6 rebounds, by far the best in the series, and Chicago beat Charlotte in five games.