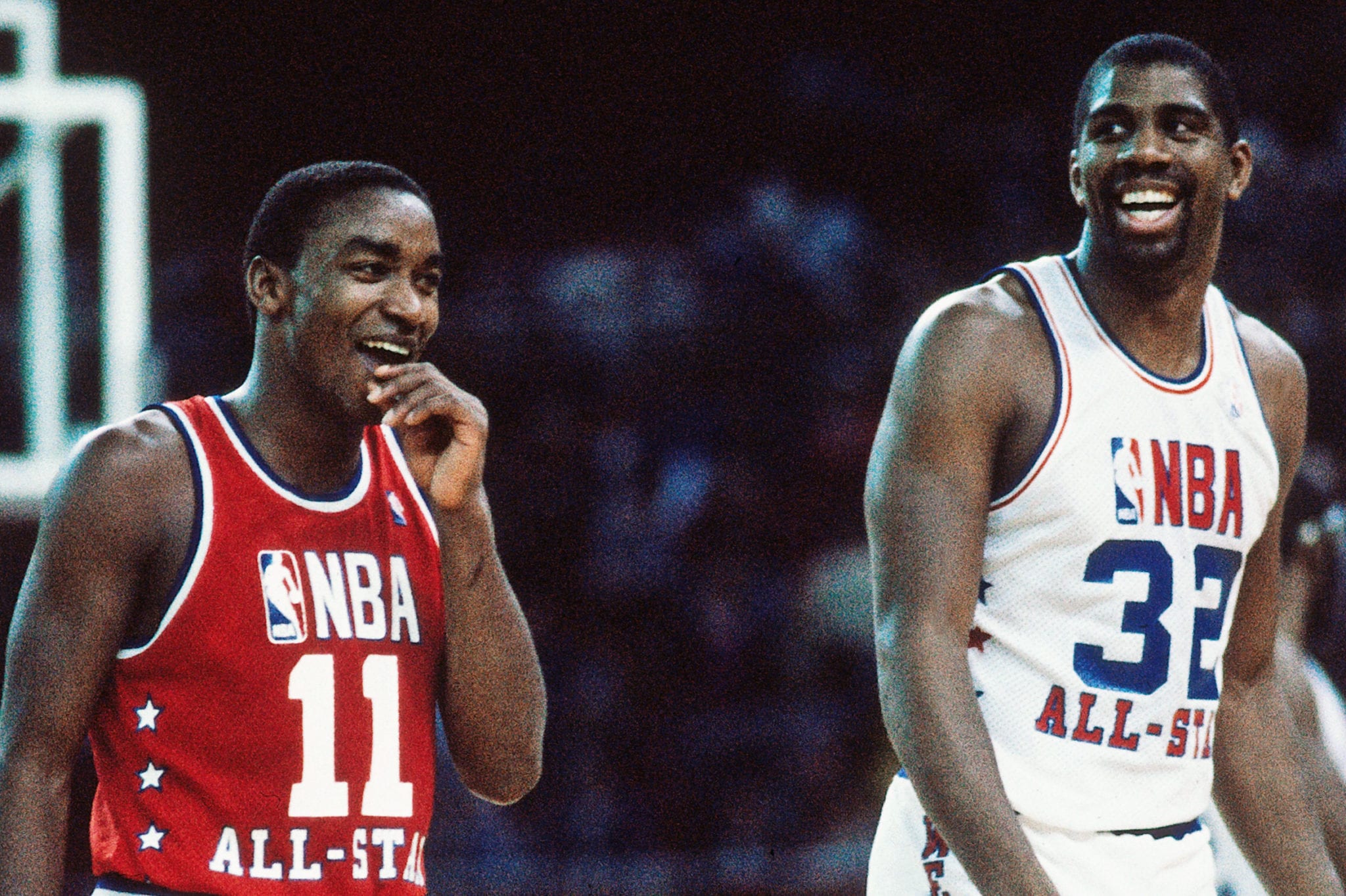 In an interview with Fox Sports Chris Broussard, Thomas said Kevin Durant and LeBron James don’t get enough credit for their accomplishments.

“What KD and LeBron are doing, if you put them back in the era of 80s with their talent, athleticism and skill… Who’s the GOAT?”
@IsiahThomas explains to @Chris_Broussard why this generation doesn’t get enough credit pic.twitter.com/orgM5kr2t6

Thomas, who captained the Bad Boy Detroit Pistons teams of the 1980’s, saw his title streak halted by the Michael Jordan led Bulls.

The spotlight has been put back on Jordan in recent weeks with the release of “The Last Dance.”

G.O.A.T. debates are a staple of NBA conversation, but Thomas argues the players of today would dominate past eras.

“The athletes in this generation are so far superior than what was in my generation. Jordan was the best athlete we had ever seen, from an athletic standpoint, there are like 10 or 11 guys in the NBA right now with Jordan’s athleticism,” Thomas told Broussard.

Players have physically evolved along with the game.

They’re bigger, stronger, faster, and have better trainers and regimens.

But based on that reasoning, MJ would be a better player if he was at his peak and playing today.

Imagine Rick Fox trying to stay in front of a crossover by KD.

Players can only be judged in the era they play, but it sure is fun to consider how a one on one between Jordan and James would play out.