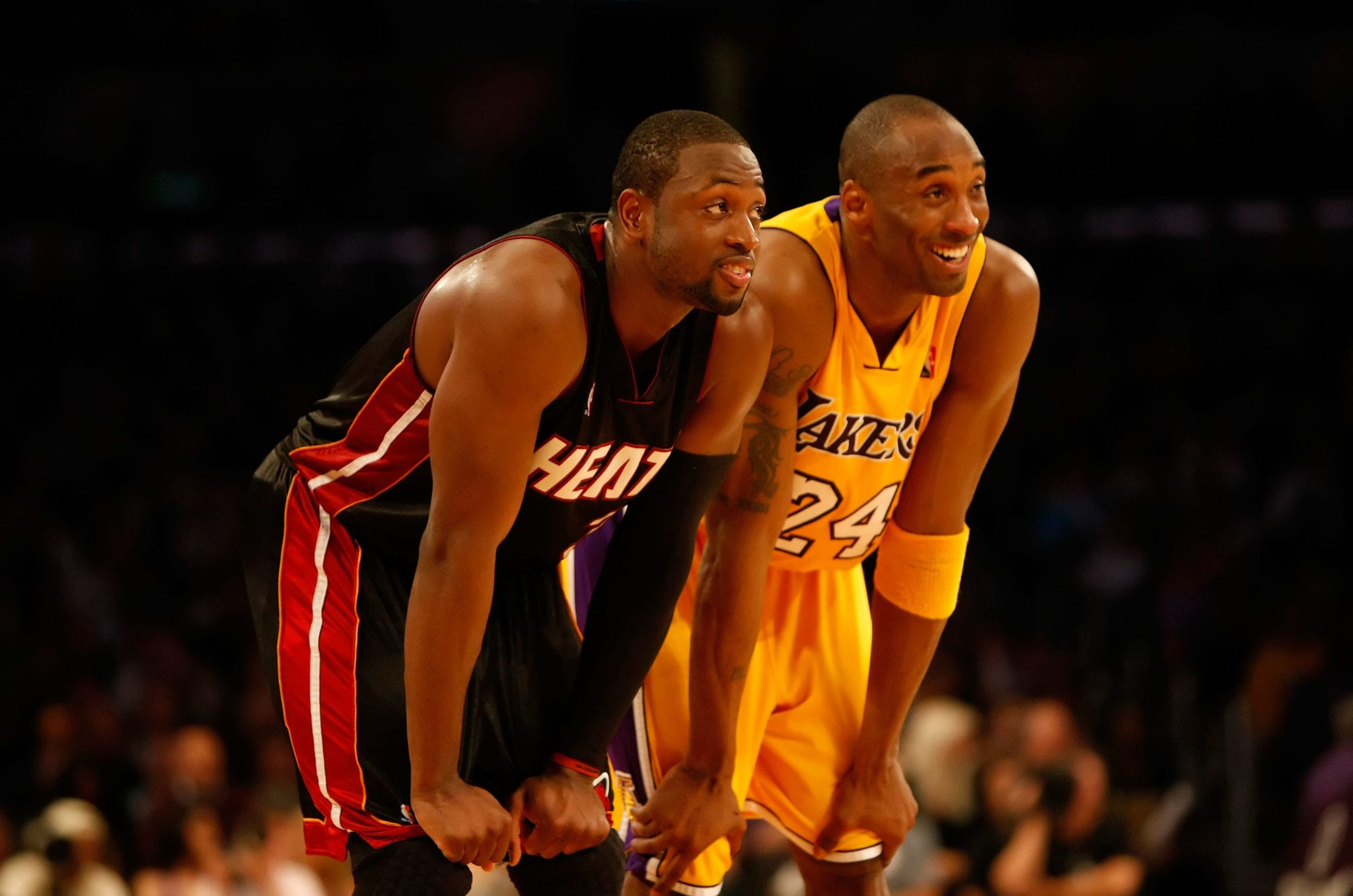 Before Dwayne Wade became a Miami Heat icon, winning multiple titles and turning Miami-Dade into Wade County, he was fighting for respect in a league of stars.

During an Instagram stream with Stephen Curry, Wade reminisced about the moment he knew he had “arrived,” getting confirmation from the Black Mamba himself.

"I remember when Kobe first picked me up at 94 feet."

D-Wade looks back at the moment he felt respected in the league. (via @DwyaneWade) pic.twitter.com/pLzUZZkDqH

When D-Wade AKA Flash first came into the league as a 22-year-old, defenders didn’t have a lot of respect for his outside shot or playmaking.

They played off Wade until he was nearly under the basket on offense.

Wade worked on his game, and eventually, his hard work paid off.

Confirmation came against Kobe Bryant and the Los Angeles Lakers.

Normally Bryant played off of Wade, but this night he picked up the Miami guard much sooner.

It was then that Dwayne Wade realized he had earned the Mamba’s respect and had become a bonafide star in the NBA.

“I remember when Kobe first picked me up 94 feet,” said Wade.

Rather than let Wade touch the ball at the three-point line, Bryant took Wade on full court.

Wade wasn’t one of the most prolific three-point shooters, but Bryant knew he was dangerous with the ball in his hands.

Throughout his career, many defenders would try to contain D-Wade, and many would fail.

However, Wade will always remember the day Kobe Bryant took him on fullcourt, and he knew he had “arrived,” in the NBA.