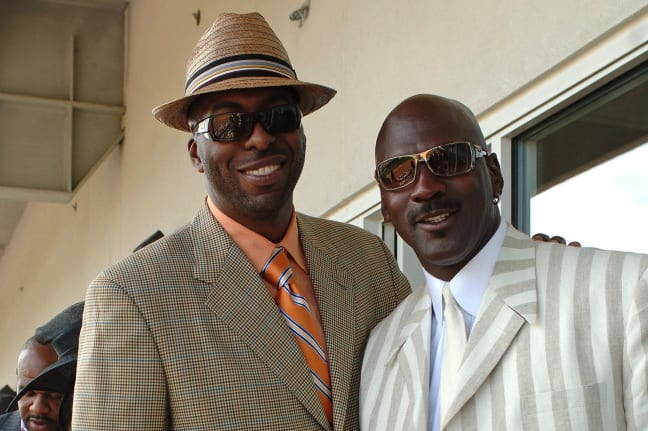 Having played for the Bad Boys Pistons, Jordan’s Bulls and the Shaq and Kobe Lakers, John Salley has seen some crazy sh*t in his time.

Especially at the Kentucky Derby one year.

Speaking on The Dan Le Batard Show with Stugotz, Salley told the story of being at Churchill Downs with Dave Chappelle, Chris Tucker and Julius Erving, when he was Jordan and Bryant.

“Off to the right is Charles Oakley, who, if you don’t know, is Michael’s security guard forever and didn’t like me,” Salley said. “So, I look at Michael… I put my hand on Michael’s shoulder, and I go, “At 27 years old, young boy would have given you the business.”

And out of the blue, Charles Oakley comes and punches me in the stomach. But I mean the way he wanted to hit Dolan. Not the way he was pushing the security guard. He unleashed on me, Dan. And I saw it at the last second and tightened up a little bit. He knocked all the air out of me.

And Dave Chappelle said, “This is the only time I wish I still had my show. This is a scene.” And Michael is like, “No, come on Charles. You know Sal is crazy. He’s just joking. He’s just joking.” He’s like, “I don’t like when he talks that stuff to you.” He’s been wanting to hit me since the 80s. But, man, he hit me with everything he could. I had a suit on, too. And I wasn’t going to stand back up and fight him. I’m a karate man. I bruise on the inside.”

How’s that for a story!?