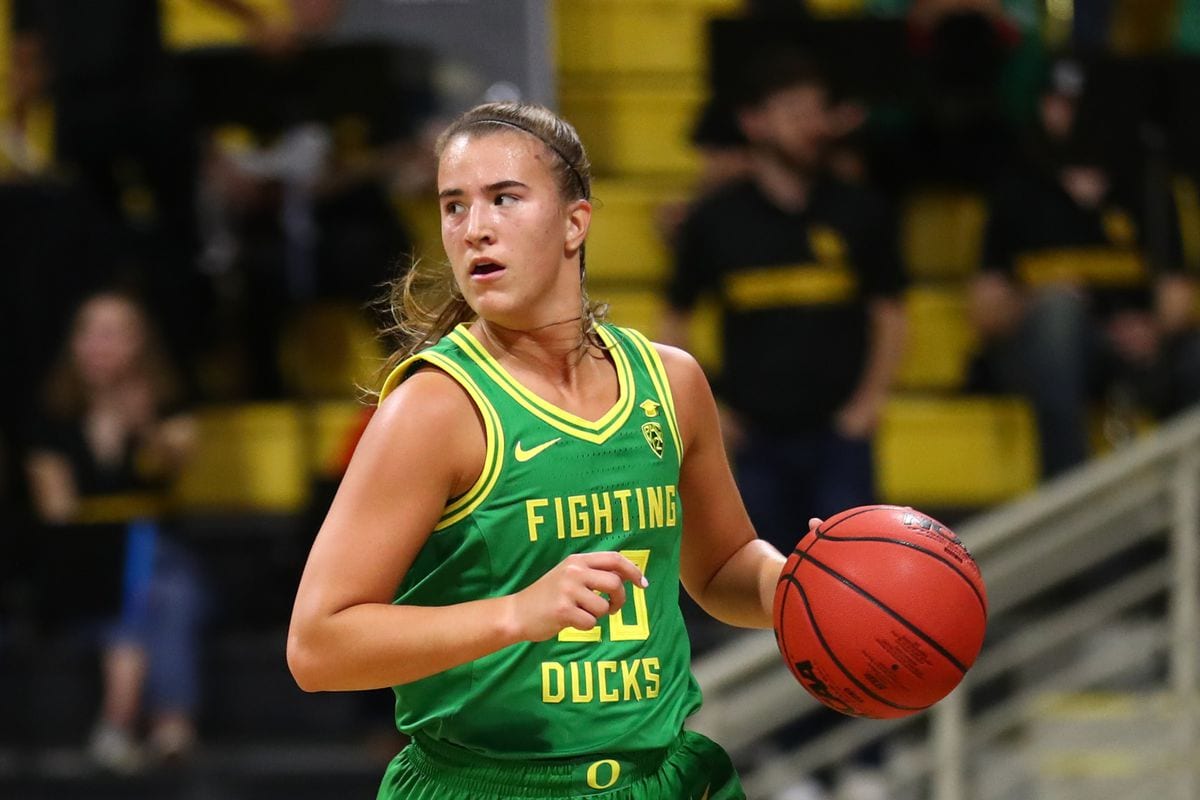 A couple of days ago, the New York Liberty selected Oregon Guard Sabrina Ionescu with the first overall pick in the 2020 WNBA Draft.

Ionescu spent four years at Oregon, and showed steady improvement in each season she spent with the team.

WNBA draft specialists largely agreed that she would’ve been taken first overall if she had entered the draft last year.

But Ionescu chose to return to Oregon for her Senior year in pursuit of a March Madness victory.

She didn’t get the opportunity to compete in the NCAA Tournamen this year due to the spread of the coronavirus though.

In the games Ionescu did play for Oregon this past season, she averaged college-highs in RPG(8.6) and APG(9.1).

Ionescu’s all-around game has garnered the attention of WNBA scouts for years.

This hype has earned her the oft-referred to title of a “generational” talent.

Here are some of Sabrina Ionescu’s greatest strengths and weaknesses:

Sabrina Ionescu is a lethal shooter. Through four years at Oregon, she averaged 42% from beyond the three-point arc. She’s also a terrific mid-range shooter, with considerable shot-control off the dribble.

Ionescu has shown great growth as a passer and rebounder during her time at Oregon. Each season, she has posted higher averages in both categories year-over-year.

At the next level, it’s widely believed that Ionescu’s ball facilitation skills are going to be her greatest strength.

Ionescu is a dominant offensive talent, but there are concerns about her defensive capabilities. Although Ionescu has a strong frame for a WNBA Point Guard, standing 5-11, she was never much of a dominant defensive player in college.

Other than that, there’s very little to worry about in regards to how Ionescu’s skills will translate to the next level. Former NBA journeyman Channing Frye said “Skill-wise, I see no flaws. Tenacious, I mean ridiculously good. I would say one of the best players men or women I’ve seen in college for a long, long time.”