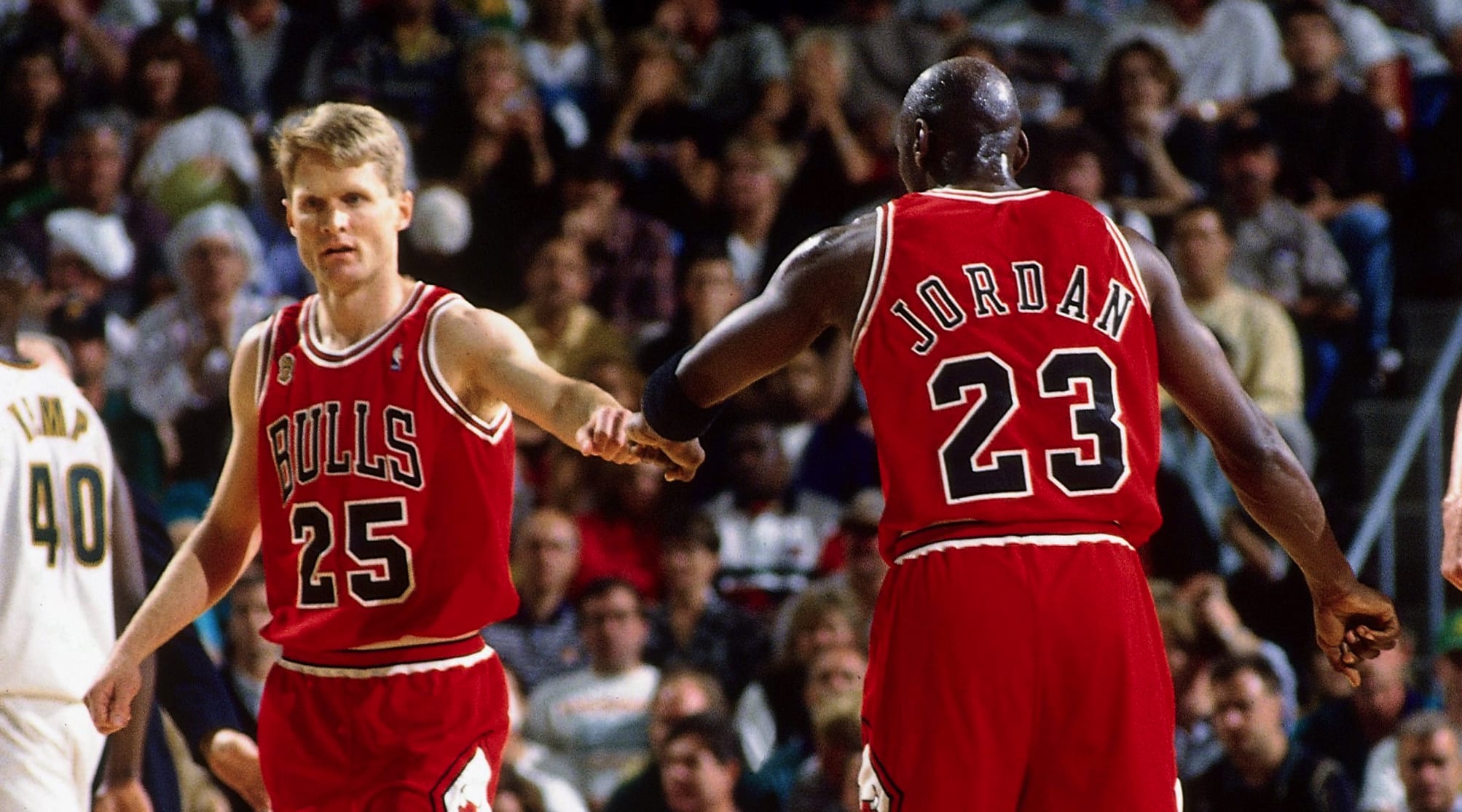 We all know how much of a psychotic competitor Michael Jordan was.

No one was safe, including his teammates, and Steve Kerr learned that the hard way.

Back at Bulls training camp in 1995-96, Kerr got into a scuffle with Jordan and came away from it with a black eye.

It was the original Bulls practice fight, before Bobbie Portis vs Nikola Mirotic starred in the sequel 20-odd years later.

While you might think that scuffle would lead to tension between the two, Kerr believes the fight actually helped his relationship with Jordan.

“I feel like I passed the test and he trusted me more afterwards.”@SteveKerr discusses how a practice altercation with MJ helped grow their relationship on #NBATogether pic.twitter.com/yUwghEt513

This follows Kerr saying the fight resulted in a “totally different relationship” between the two players.

Jordan was testing him and when Kerr fought back he earned the respect of MJ, a man who only wanted to go into battle with other cold-blooded killers.

The former Arizona guard would go onto come up clutch during the 1996-97 postseason.

Stay tuned for all this and more in future episodes of The Last Dance.