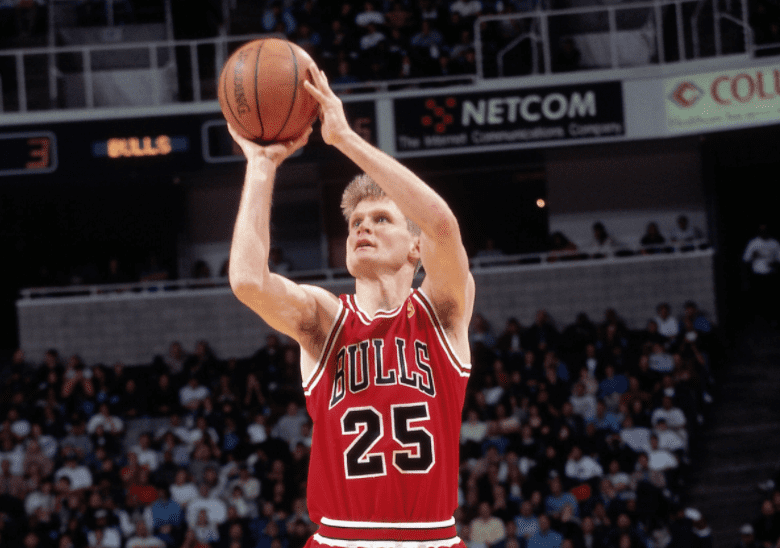 Steve Kerr famously had a disagreement with Bulls teammate Michael Jordan that led to Kerr getting punched in the face.

However, this time things most likely won’t end that way.

Pippen delayed his surgery until just before the 1997-98 season.

According to Jordan, “Scottie was wrong in that scenario.”

“He could’ve got his surgery done as soon as the season as over and be ready for the season. What Scottie was trying to do was trying to force management to change his contract. And Jerry was never going to do that,” Jordan said in the episode.

Despite Jordan saying that, Kerr disagreed in an interview with Rachel Nichols that aired Tuesday on ESPN’s The Jump.

When asked if there was any resentment from other Bulls players over Pippen’s decision, Kerr said, “No, not at all.”

Going on in the interview, Kerr would also say, “We felt his frustration.”

While being the perfect side kick to Jordan, Pippen was on the sixth highest player on his own team.

In fact, Pippen was so under paid, he ranked 122nd in salary at the time.

A comparable player salary at 122nd in today’s game would be Andre Roberson of the Oklahoma City Thunder.

When signing his deal in 1991, the Bulls were offering Pippen $18 million extension.

However, owner Jerry Reinsdorf told Pippen that it was not a good deal and to not sign the deal.

The low ball extension and the constant trade talks strained the relationship between Pippen and the organization.

Kerr expressed how he felt for his teammate and he was confident in Pippen to return focused and ready.

“Later, we all understood, let’s give him space, and he’s going to be there for the second stretch of the season for us,” Kerr said.

Steve Kerr has seen how difficult it is to keep players during a dynasty happy and together with his own Golden State Warriors teams.