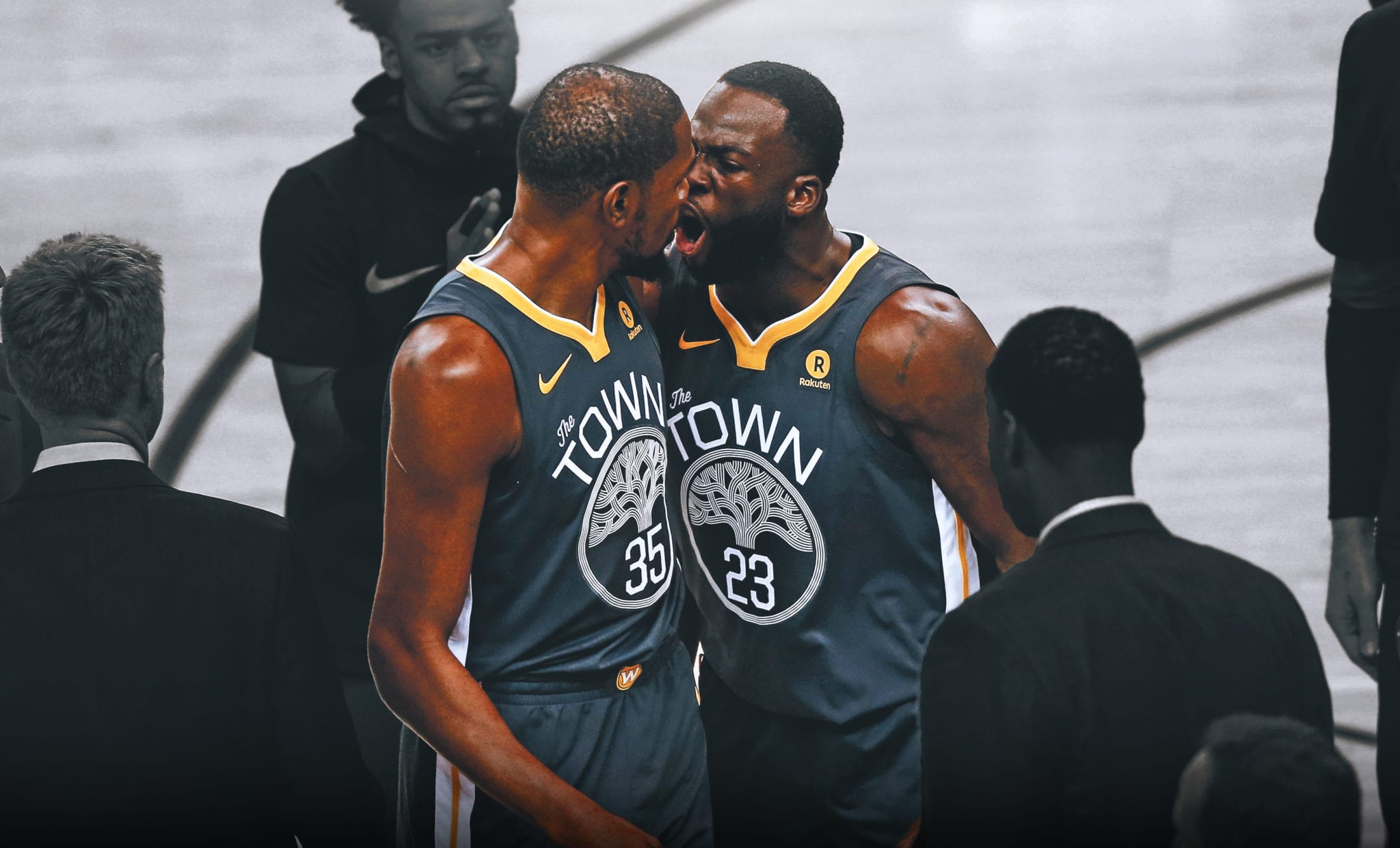 Draymond Green has for the first time peeled back the curtain on his explosive mid-game confrontation with Kevin Durant during the pair’s final season together in Golden State.

Green’s unfiltered explanation was in response to a question about what would have happened if Kevin Durant handled his free agency in a similar way to Chicago Bulls management heading into the 1997-98 season, when they informed the team and the public that the current team would not be returning for the following season, no matter what happened.

“What should have happened was Kevin come out and say, hey, ‘This is it, so let’s do this.’ Or ‘This isn’t it’,” Green told Maverick Carter and Paul Rivera on Uninterrupted’s ‘WRTS: The After Party’.

Dray wanted KD to say during the final season "this is it or this isn't it…you can't just leave the elephant in the room." 😳

“But you can’t just leave the elephant in the room, because what happened is the question came to us every day. Every time we spoke to the media, Klay and myself was asked about our contracts and it was strictly due to Kevin, because while that was going on.

“And then you kinda had Kevin [saying] ‘I don’t know what I’m going to do next year.’ And it don’t matter, but it does because you’re not the only person that has to answer that question. And to be quite frank with you, you’re honestly the last person that has to answer that question because you don’t really say s–t, you don’t say much to the media, if anything, you tell them to ‘Shut the f—k up.’ Well, I don’t tell them to ‘Shut the f–k up.’ I kind of have a conversation. So I’m stuck answering that question all the time.”

Green also pointed out that the difference between Jordan’s Bulls and his Warriors was that Chicago’s players were united against the disruptions going on within the organisation because they largely stemmed from management, while Golden State’s playing group was fractured because the disruptions stemmed from one of the players, and the team’s biggest star at that.