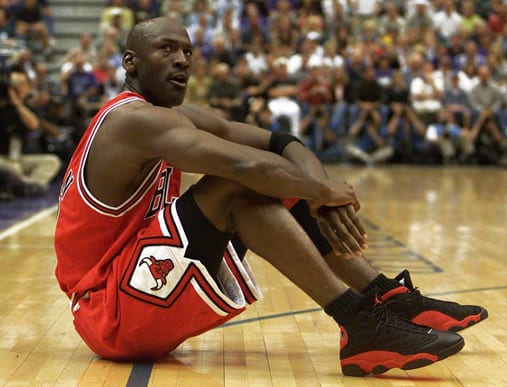 On Sunday the world will finally get to see “The Last Dance”, the documentary covering Michael Jordan and the Chicago Bulls during their final run together in 1997-98.

Speaking to Good Morning America on Thursday, Jordan said his sixth and final championship season with the Bulls was a “trying year” and that the growing sense that it would be the group’s final season together loomed from the start.

“We all were trying to enjoy that year, knowing that it was coming to an end,” Jordan said. “At the beginning of the season, it basically started when [Bulls general manager] Jerry Krause told Phil [Jackson] that he could go 82 and 0 and he would never get the chance to come back. Knowing that, I married myself to [Jackson], obviously, and if he wasn’t going to be the coach, then I obviously wasn’t going to play.

“So Phil started off the year saying, ‘This is the last dance,’ and we played it that way. Basically, it just kind of tugged at you through the course of the year, knowing that this had to come to an end. But it also centered our focus to make sure we ended it right. As sad as it sounded at the beginning of the year, we tried to enjoy the year and finish it off the right way.”

The Last Dance will premiere Sunday on ESPN and run over the next five weeks.

The documentary series, which will begin Sunday night on ESPN and run over the next five weeks.