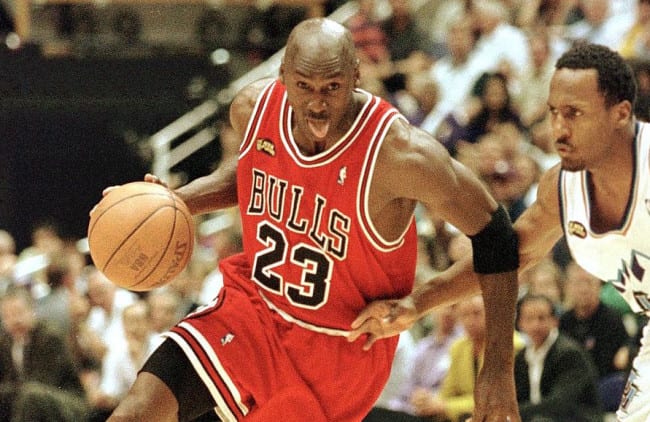 In fact, he enjoyed it so much, he kept track of games while on the court.

In an interview with ESPN’s Rachel Nichols, former teammate Scottie Pippen was asked about a rumor which alleged Jordan would use the jumbotron games and bet against a Bulls game ops staff member.

To no one’s surprise, Pippen confirmed this story to be true.

When @ScottiePippen & @SteveKerr crossed paths at a Warriors game last month, you know I had to get alllllll the stories 😎 Some great stuff here on when they first met, whether a particular MJ gambling story is true (it is) and why Scottie may soon be driven to coaching himself pic.twitter.com/pp9RJRP5fZ

“That is a true story, but he never bet at me,” said Pippen.

While known as one of the most competitive athletes to ever grace a basketball court, it is no surprise that the great MJ had some fun with his own team.

Plus it’s a lot of fun to win, especially when you won as often as Jordan did.