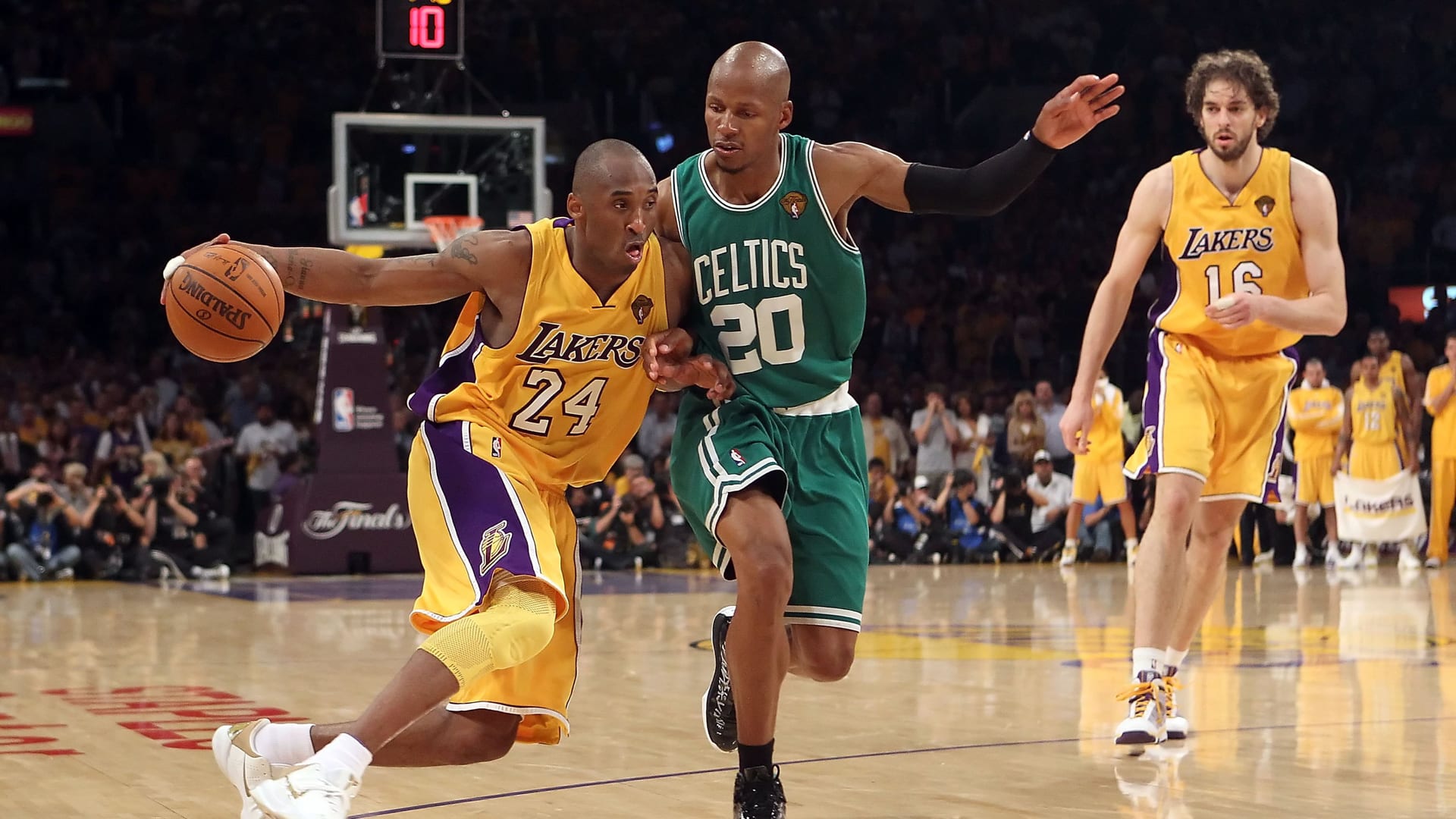 It was a script straight out of Hollywood with multiple Oscar-winning performances.

And though Kobe Bryant would finish the evening with just 23 points on six for 24 shooting, the Lakers would avenge their 2008 Finals loss to the Boston Celtics and solidify their ranking among great Laker teams.

The 2010 Finals was the 12th time the NBA’s perennial elites battled for the title.

The Lakers had won 15 championships to the Celtics 17.

Nine of those Boston titles came at the expense of the Lakers, including an embarrassing scrubbing in the sixth and deciding game of the 2008 Finals, which the Celtics won by 39 points.

The Lakers had defeated the Magic the previous year and were now looking to not only win back-to-back titles but get revenge on the Celtics and the Big Three for that loss.

All tied up, the teams met at Staples Center for a deciding Game 7.

The C’s would play without Kendrick Perkins, who had suffered a knee sprain in Game 6, and some argue cost them the series.

The game stayed tight into the fourth quarter, but the Lakers supporting cast would prove to be the difference in the final minutes.

Leading 76-73 with just over one minute to play, Ron Artest (Metta World Peace) launched a three near the top of the key and sunk it to put the Lakers up by six.

Then, once again, with the Lakers leading 79-81, guard Sasha Vujacic, who had only played 5 minutes total for the game, stepped up to the line with 11.7 seconds on the clock and sunk both free throws sealing the victory for LA.

Bryant would win his second Finals MVP in a row and his fifth title, solidifying his legacy from former teammate Shaquille O’Neal and establishing himself as one of if not the greatest Laker ever.