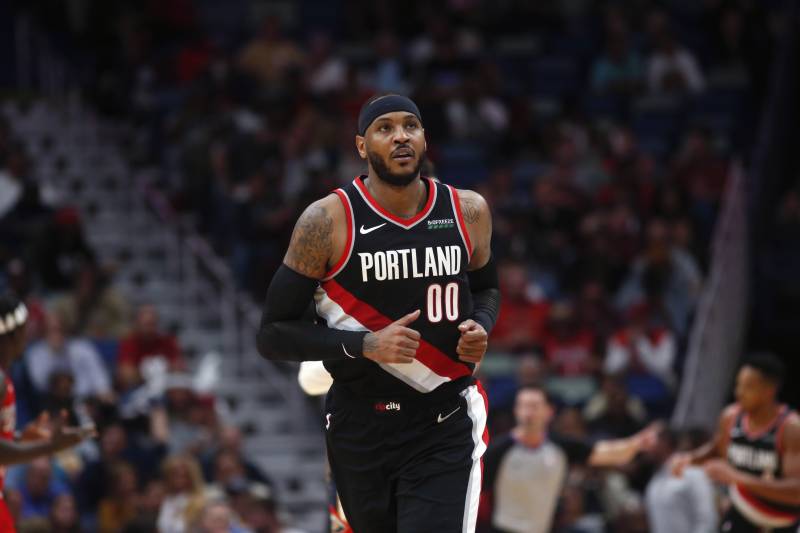 This week on his weekly YouTube show “What’s In Your Glass” Carmelo Anthony let it be known he hasn’t given any thought to a farewell tour of any sort.

Melo was joined on the show by Jamie Foxx, and dude wasn’t messing around when it came to asking Melo about his NBA future, promptly asking the question that’s on everyone’s mind:

“How long do you think you’ll play?”

The 10-time All-Star seems to be focused on playing for as long as he is able to get on the court.

It wasn’t his best season but solid production for a player who was out the league for close to a year and rapidly approaching 36 years of age.