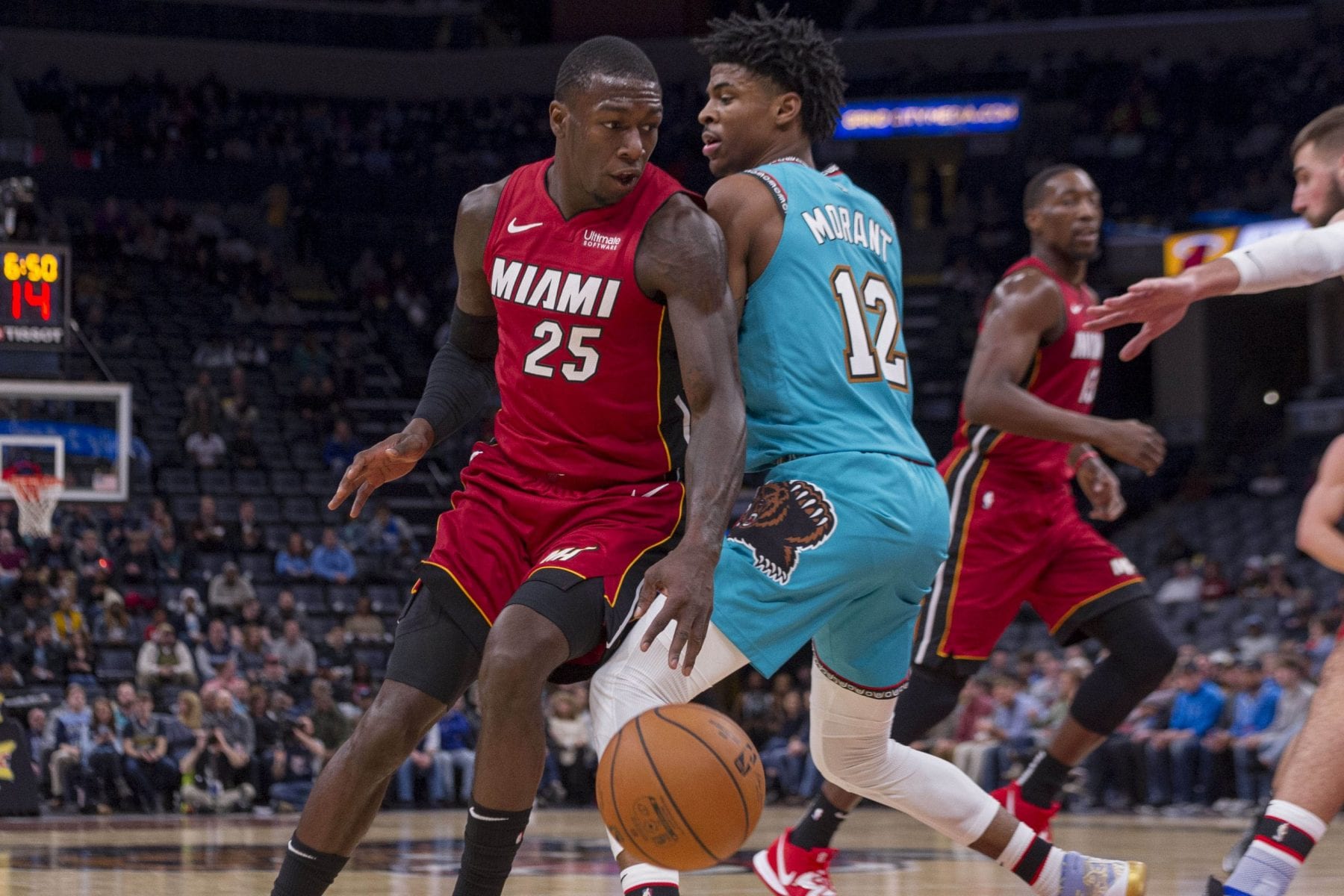 Most undrafted rookies struggle to make an NBA roster let along become a starting guard on a playoff-bound contender, but that is exactly what Kendrick Nunn was able to accomplish this season.

The rise of Kendrick Nunn is a story that came out of nowhere for most basketball fans as Nunn went undrafted in 2018 and then signed a partially guaranteed deal with the defending champs Golden State Warriors.

The deal basically guaranteed Kendrick a summer league roster spot as well as an invitation to training camp, but the Warriors ultimately declined to sign Kendrick to a long term deal releasing him October 12th.

Kendrick spent the season with the Warriors G-League affiliate team the Santa Cruz Warriors and despite only starting in one of 49 games played for the team, he averaged 19.3 points, 3.8 rebounds, 2.8 assists and 1.4 steals while playing 29 minutes per contest.

With his strong play on the court, the Heat decided to sign him on April 10th, and after a solid summer with the team, he burst onto the scene with a stunning 40-point game.

Nunn made his NBA debut starting in a 120–101 victory over the Memphis Grizzlies and finishing the season-opener with 24 points, 2 rebounds, 3 assists, and 2 steals.

After his first week in the NBA, his three-game average of 22.3 points earned him an NBA Player of the Week nomination and after his first five games, Nunn posted 112 points to break the record for the most points scored in as many games by an undrafted player.

The Heat rookie is getting buckets in his rookie season with 15.6 points per game and his confidence shows, just like it did right from the very beginning in training camp.

Nunn has since claimed he should win Rookie of the Year over hot-favourite Ja Morant.

And make no mistake, he’s just getting started.