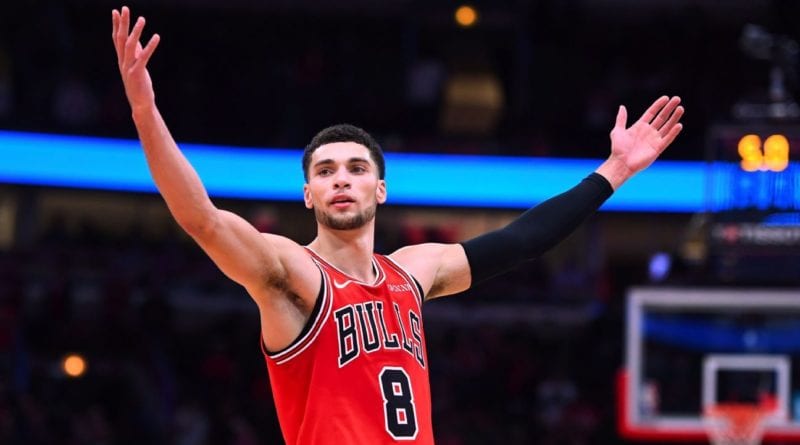 Despite the elements and some quality video takes, the NBA and ESPN kicked off the Inaugural HORSE Challenge on Sunday night.

This event and the online 2K tournament come as the league remains on hiatus due to the coronavirus pandemic.

In fact, he shut Pierce out.

The work he’s putting in shows while the league waits to return.

In interview from his offseason home LaVine said “I stay ready” and that he “got about 500 shots up.”

LaVine didn’t pick up a single letter in his matchup.

As a matter of fact, LaVine used a nice mix of creative and athletic shots to throw off the older and retired Pierce.

All participants except Conley played outdoors.

While fans may be clamoring for real NBA action to return, the HORSE competition is meant to serve as entertainment for fans stuck indoors like many of their favorite players.

However, the quality of the videos were far from NBA standards, to say the least.

Given the circumstances, it is fair to see why these players filmed with their own equipment.

Still, maybe ESPN could have sent some filming equipment with instructions?

The semifinals and championship round will be played at 9 P.M. ET Thursday on ESPN.

LaVine will take on Quigley in the next round.