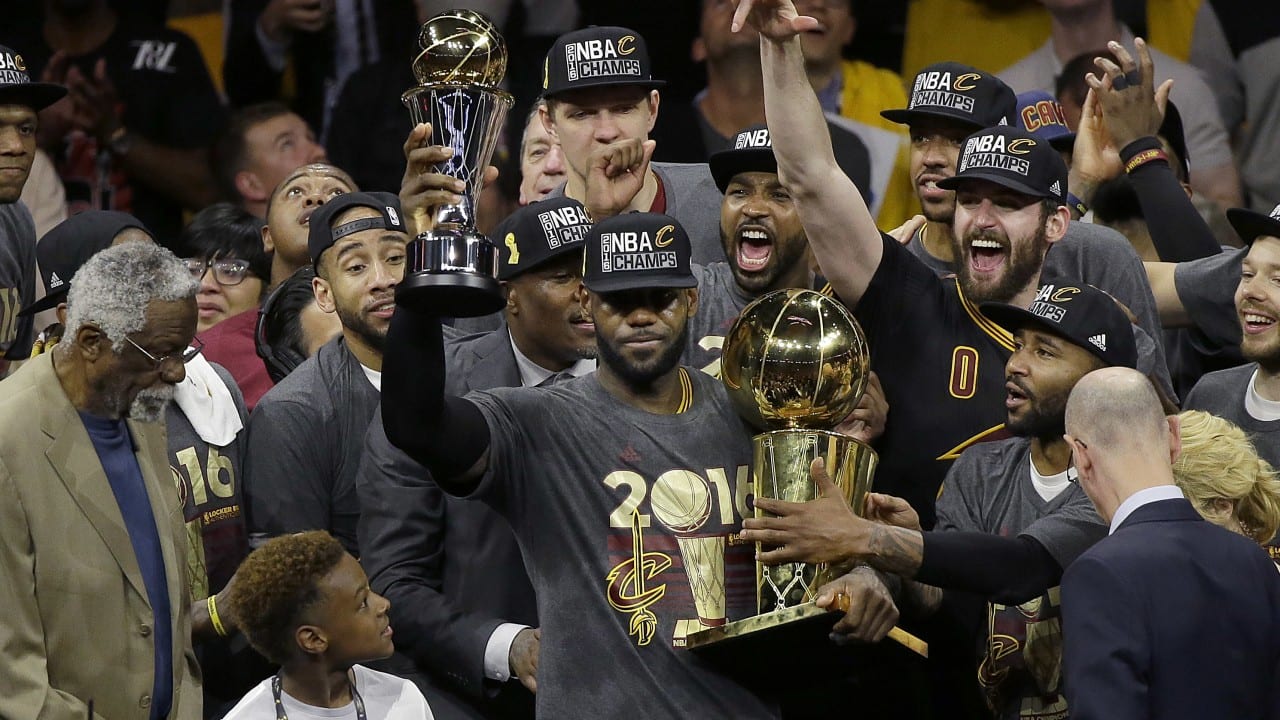 All eyes and bets were on the Golden State Warriors when the defending champions headed to the NBA Finals for the second year in a row in 2016.

Many assumed the Dubs would win back-to-back titles as they faced off against LeBron James and the Cleveland Cavaliers for the second year in a row.

Game 1 saw the lowest combined scoring of the season for Curry and Klay Thompson, but Shaun Livingston came off the bench to score 39 points, and the Dubs took Game 1.

The two teams would exchange 30-point wins before the Warriors took a commanding 3 to 1 series lead—a deficit no NBA team had ever rallied back from.

Media began writing off the Cavs, while Dubs fans planned celebrations in anticipation of the Warriors win.

First, the Cavs pulled out a 4-point win at the Oracle in Oakland behind 41 points from LeBron James and forced a Game 6 in Cleveland.

Then James duplicated his effort in Game 6 and became the first player to have consecutive 40-point games in a Finals since Shaquille O’Neal in 2000, sending the Cavs back to Oakland and a Game 7.

Golden State would lead at halftime by 7 points behind Draymond Green’s 5 for 5 3-point shooting, but the second half would belong to the Cavs.

James would have the block of a lifetime against Andre Iguodala, and with the game tied, Kyrie Irving would nail a 3-pointer to give the Cavs the lead and, ultimately, the title 93-89.

“Cleveland, this is for you!” James shouted in a post-game interview with ESPN.

He finished the game with 27 points, 11 rebounds, and 11 assists and was named MVP.

But most importantly, he made good on a promise, bringing the city of Cleveland its first title since 1964.