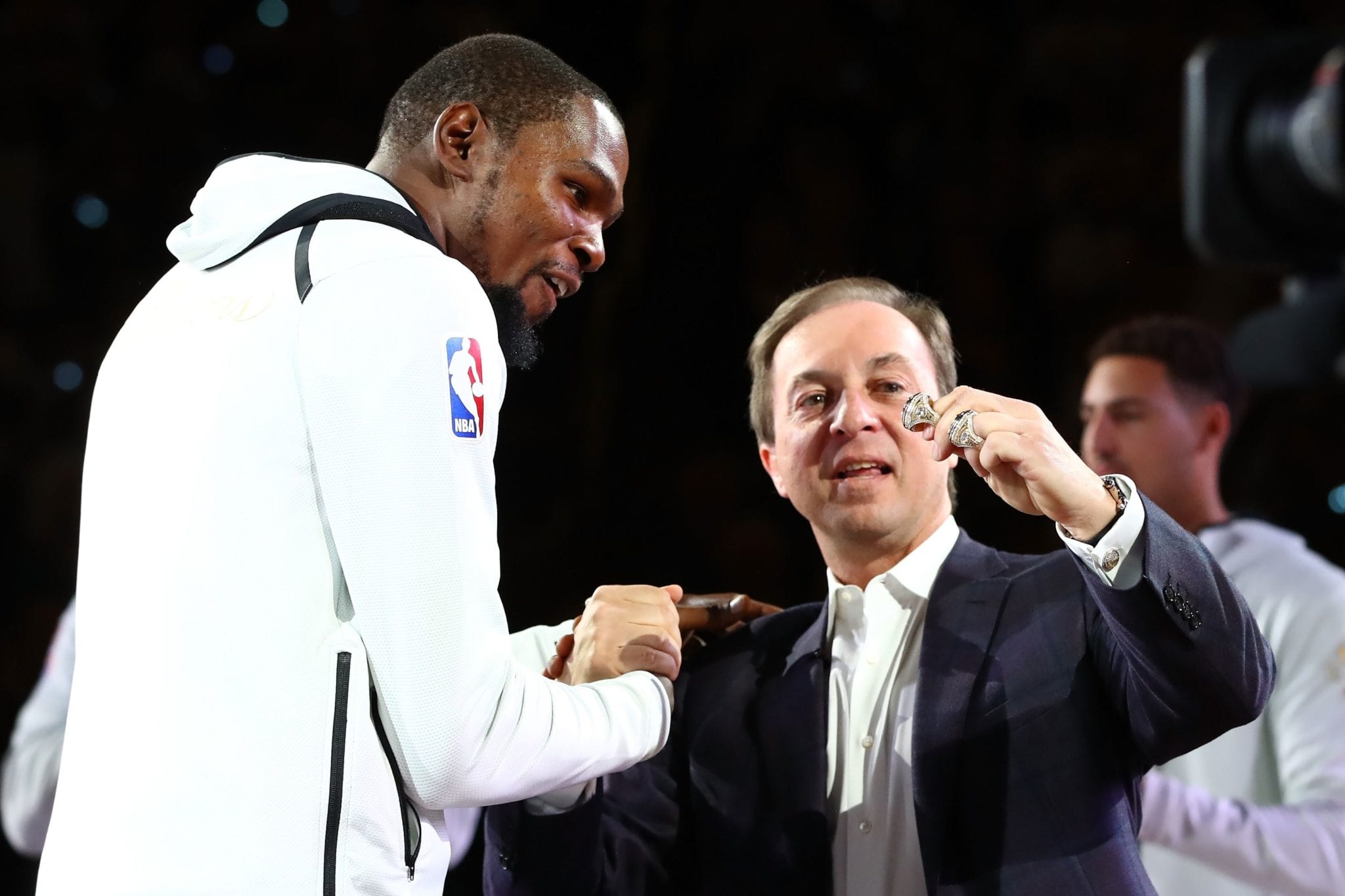 The Golden State Warriors are a better team without Kevin Durant, according to owner Joe Lacob.

The Warriors’ owner says Durant’s decision to go to Brooklyn made it easier for the team to rebuild after a disappointing Finals.

Lacob, along with other investors, bought the franchise in 2010, but success didn’t come overnight.

The Warriors were dominated by Durant and the Oklahoma City Thunder who made it as far as the NBA Finals in 2012, before losing to the Heat in six games.

But by 2015, the Warriors eclipsed the Thunder and won the league’s coveted championship trophy, a feat the Thunder would never manage despite having Durant, Russell Westbrook, and James Harden in the lineup at one time.

The following year the Warriors embarrassed the Thunder, coming back to win the Western Conference Finals after trailing 3-1.

Oklahoma City’s loss in game seven of the 2016 Western Conference Finals would be Kevin Durant’s last game in a Thunder uniform.

That summer, Durant decided to take the saying “if you can’t beat ’em, join ’em” to heart by signing with the Warriors.

The combination of Durant, two-time MVP Stephen Curry, perennial all-star Klay Thompson, and 2017 Defensive Player of the Year Draymond Green proved too much for the rest of the league to handle.

The Warriors dominated play in 2017 and 2018, winning titles in both years.

The 2019 season would prove to be much more challenging for the defending champs.

More than half of the Warriors’ rotation players dealt with considerable injuries throughout the season.

In the second round of the Western Conference Playoffs, Durant suffered a calf strain.

He re-aggravated the injury in the Finals, which would later be revealed to be a torn Achilles tendon.

During the off-season, Durant announced he was leaving Golden State to team-up with his longtime friend Kyrie Irving in Brooklyn with the Nets.

Warriors owner Joe Lacob now suggests that Durant’s decision may have been best for both parties.

In talking to The Athletic, Lacob explained the rationale behind that statement in saying, “He wouldn’t have played this last year. He was injured. We would’ve had a huge payroll as a team. Maybe this is the best thing. We were able to start a rebuild a little bit earlier than we otherwise might have. Maybe it’ll prove to be the right thing in the long run that that occurred.”