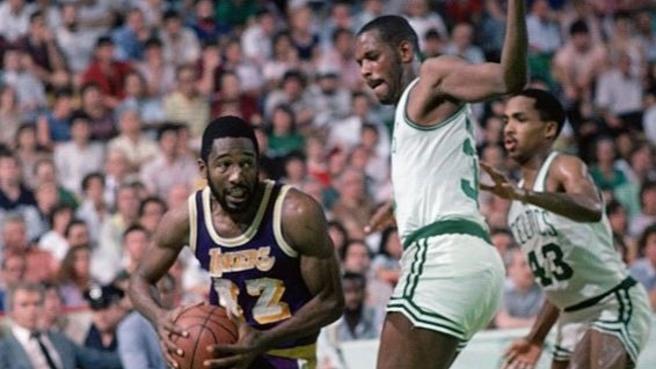 James Worthy and Cedric Maxwell are using this break in NBA play to reignite the Lakers-Celtics rivalry on Twitter. Big Game James, who won three titles with the Lakers, fired the first shot at Maxwell over the 1984 NBA Finals. Let the games begin!

The two teams dominated the NBA during the 80s and squared off for the title against each other three times—the first in 1984.

The Finals were a clash of style pitting the Celtics gritty play against the finesse of the Showtime Lakers. Ultimately, Boston came out on top in seven games and left many believing the tougher team had won. Maxwell, who was hated by opposing fans for his towel-waving antics, reminded Worthy of the ultimate outcome.

Yah, thank you for the memories too boss. You played a great game, i was just happened to be better that night pic.twitter.com/GSoOu47raK

Current and former players have embraced Twitter and Instagram live as a way to pass the time during the hiatus.

The first round of the NBA playoffs was originally scheduled to start April 18th, and after a month of no play, fans and players alike are desperate to fill the void.

As for the Beantown-Showtime Twitter battle, it all ended in good fun.

Now a radio analyst for the Celtics, Maxwell invited Worthy onto his show.

So even after they hung up their jerseys for the last time, both players stayed true to their teams and continue to enjoy the rivalry.

NBA fans and especially Lakers and Celtics diehards will be sure to tune in when Maxwell and Worthy dish the dirt on their playing days.

Here’s hoping for more beef between the two on Twitter in the meantime.

If fans can’t enjoy some action on the court, they can at least get a little old school play, off the hardwood.