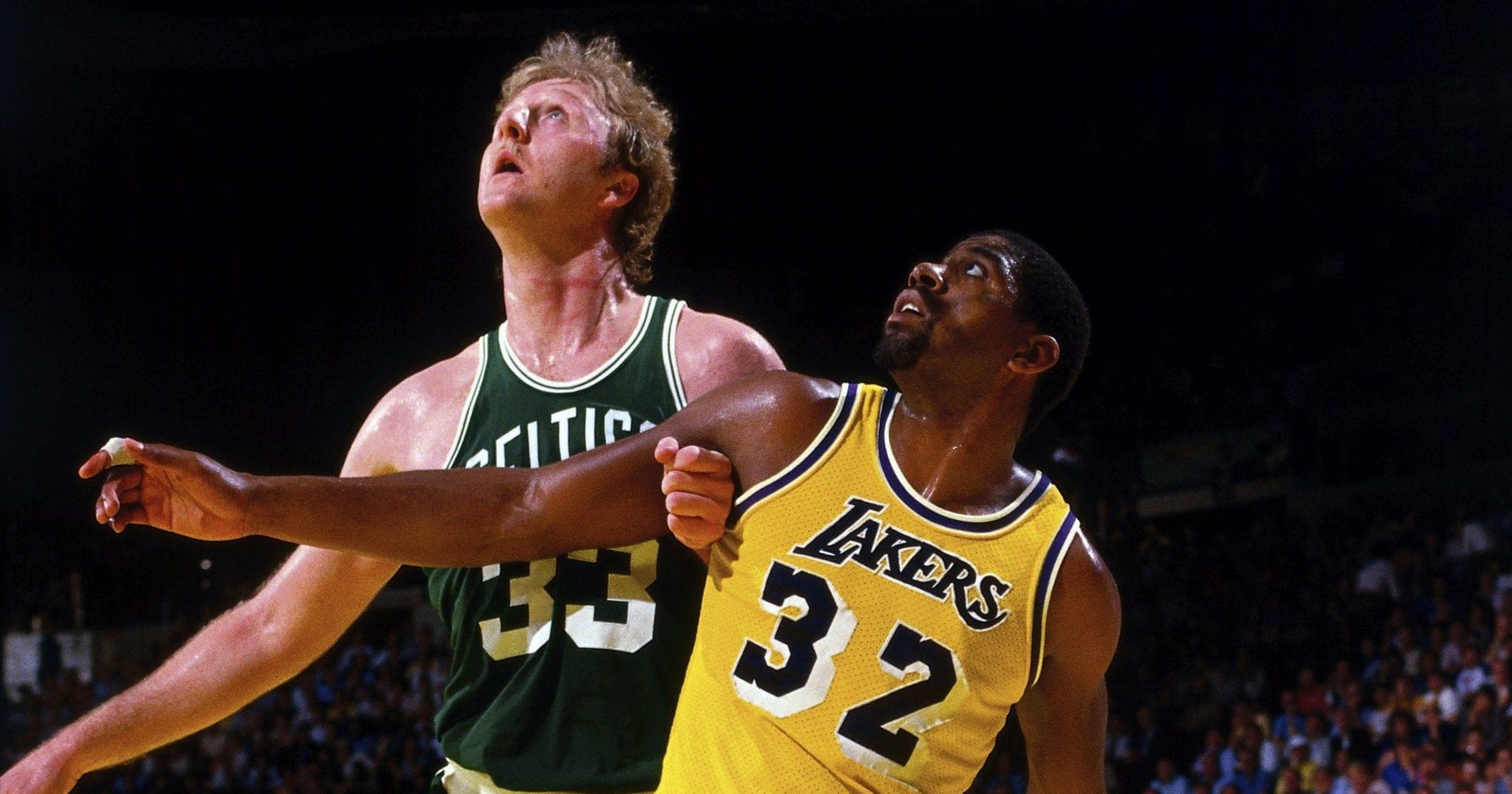 The 1984 NBA Finals is among the most epic series in NBA history.

Two classic franchises matching up once again with the NBA crown on the line.

Let’s take a look at the legendary seven-game series, game-by-game.

The biggest headline to open this series up was the Bird vs. Magic story.

The first game in the 1984 NBA Finals didn’t exactly go as planned for the Celtics.

In fact, this was the first time they matched up in a title game since the 1979 NCAA Championship game.

Magic took the win in that game, but Bird made sure to remember that in this series.

Kareem Abdul-Jabbar scored 32 points to lead the way for L.A.’s win at the Boston Garden.

Another close game in the series, however this time the C’s would fight back and tie the series up before heading out West.

Despite James Worthy’s 29 points, a bad pass towards the end was just one thing that tied the series.

With only 15 seconds remaining, Worthy threw a pass that was picked off Celtics guard Gerald Henderson.

Henderson got a layup and the game went into overtime, where the C’s prevailed.

With the series now in Los Angeles, the series lead was up for grasps as it was 1-1.

However, Larry Bird’s 30 points couldn’t save the C’s in this one.

The Lakers dominated all game and took this game in easy fashion.

The game went into overtime where Bird hit a clutch shot over Magic and M.L. Carr’s steal at the buzzer sealed the victory for Boston.

Both Games five and six in this series saw the Celtics win by 18 and the Lakers win by 11 respectively.

Game five is also remembered as the “heat game” where temperatures were uncomfortably hot inside the Garden.

Setting up the grand finale in game seven.

The game where Bird got his revenge and the Celtics got their 15th title.

Bird had a great deal of help in this game to end the series.

In fact, on top of Bird’s 20 points, Cedric Maxwell scored  24 points, and Dennis Johnson had 22 points of his own.

Meanwhile, Robert Parish chipped in with 14 points and 16 rebounds to lead Boston to a win.

This series was the first of three epic series between these two teams in the 1980s.