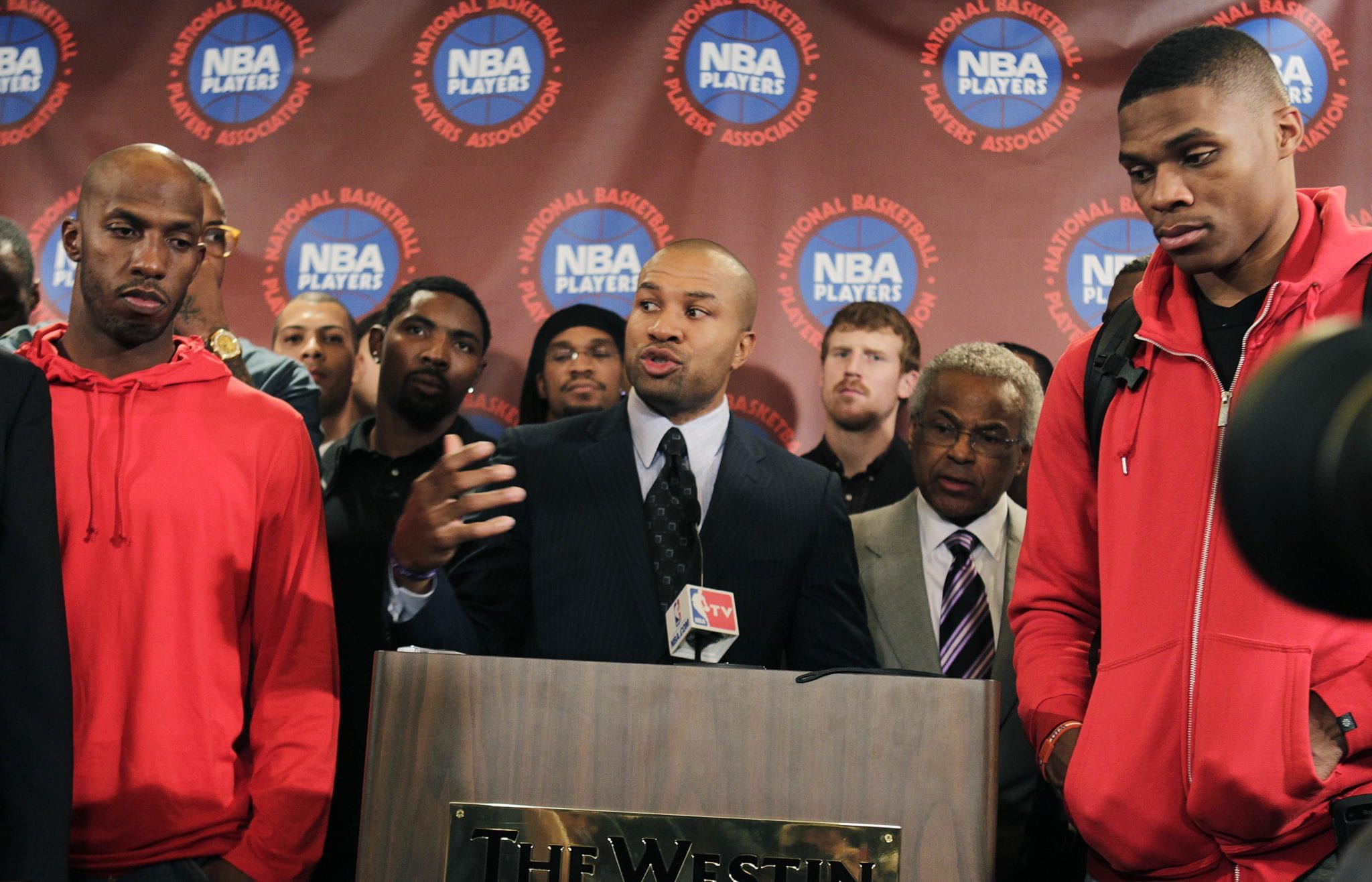 A summer after fans witnessed the inception of the Big Three in Miami, play came to a screeching halt with the 2011 NBA lockout.

It was the fourth lockout in league history and would stretch out for 149 days before players and owners finally reached an agreement.

After a year of dipping in and out of discussions, NBA owner put in a work stoppage when the 2005 collective bargaining agreement (CBA) expires.

The league claims that it was losing $300 million a year, with 22 of the 30 teams losing money the previous season.

Owners had proposed a 40% reduction in players’ salary and a hard salary cap of $45 million per team compared to the current $58 million soft cap which allowed teams to spend more but pay a luxury tax.

NBA players wanted to be treated more like Major League Baseball players with larger salaries that were guaranteed to payout regardless of a player’s performance.

New Jersey Nets star Deron Williams signs a contract to play with a Turkish team while Kobe Bryant flirts with the idea of playing with an Italian club.

Tempers flare, and insults are traded, as the two sides duke it out for the financial future of the league.

Talks repeatedly break down, and harsh words are traded on both sides.

The lockout finally ends as both sides agree to a 49 to 51.2% revenue sharing and a flexible salary cape with a harsher luxury tax. The season was shortened to 66 regular-season games, and the Miami Heat would win there first of two titles with the South Beach version of the Big Three.