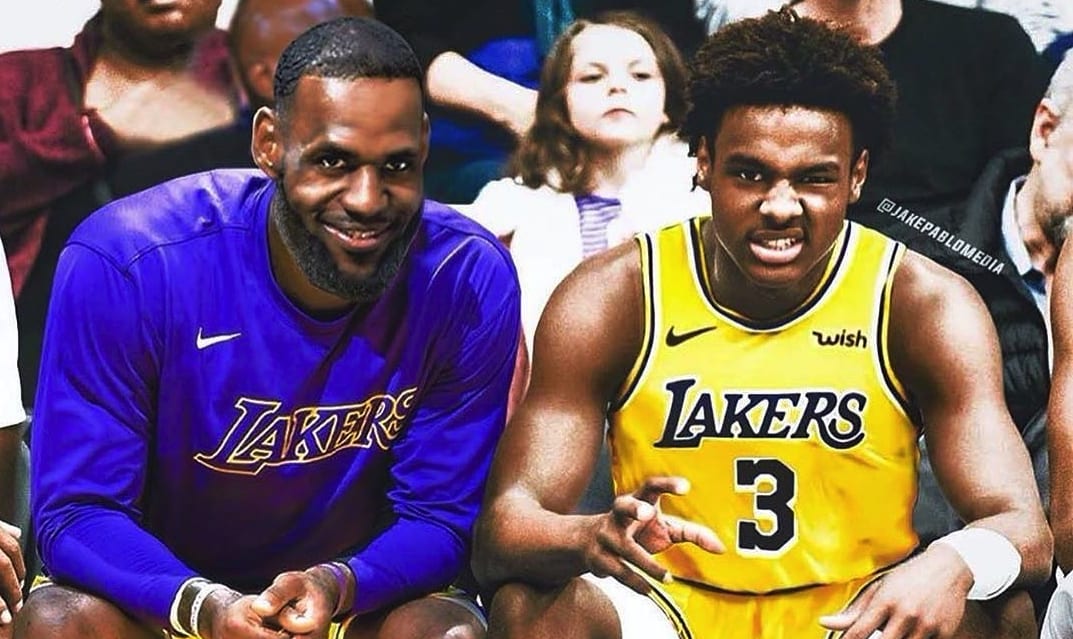 The idea that LeBron James could play with his son Bronny James isn’t so farfetched.

At age 35 LeBron James has taken care of his body at an elite level.

In fact, James’s body is so well taken care of, its easy to forget he’s been playing for 17 seasons.

Prior to the coronavirus pandemic halting the season, James averaged 25.7 points, 10.6 assists, and 7.9 rebounds through 60 games.

While he may not be in physical prime anymore, his numbers are still pretty great.

However, the question has always been how long can he keep this up?

Well, there is a good chance James can average these numbers for at least two or three more years.

Meanwhile, Bronny is about three years away from college.

The younger James was playing his freshman season at Sierra Canyon High School.

Meaning Bronny would be eligible for the NBA Draft the next year.

However, if Lebron remains with the LA Lakers, the chances they tank for Bronny are low if they retain a squad similar to the one they have now.

There is a slim chance that Bronny and LeBron get to play on the same team.

Despite that fact, there is a very real chance that the two could play in the league together.

At the rate LeBron is going, that looks like a real scenario to think about.

Perhaps the two don’t play on the same team, but seeing them go head to head would still be fun.