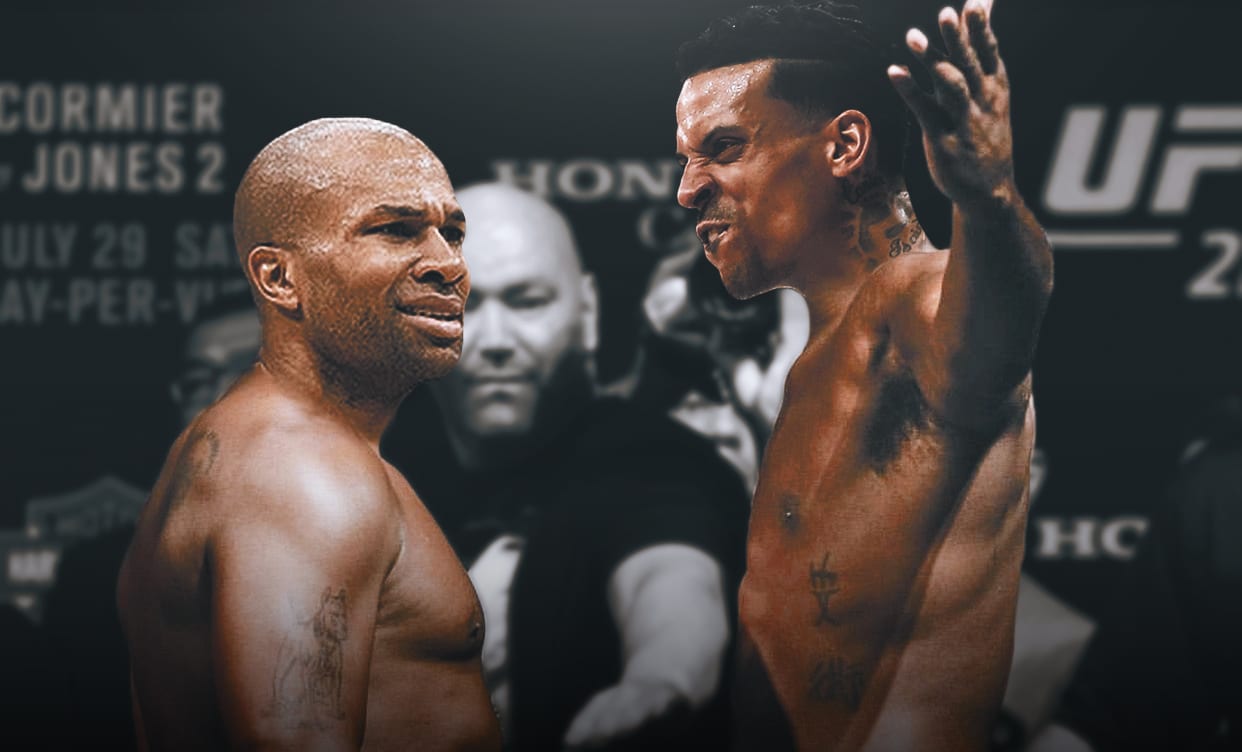 Everything kicked off when Barnes discovered Fisher was dating his ex-wife Gloria without telling him.

Barnes claimed he had no problem with the relationship itself, but he was furious that Fisher was spending lots of time in his old house – the house Barnes was paying for – and around his kids without ever telling him.

From there, things got ugly a hurry.

In chronological order, here are the craziest details of one of the NBA’s craziest beefs:

This whole fiasco started when Barnes was driving with Gloria and their two kids in Gloria’s car.

They were divorced at the time but still shared a ride that day because it was the easiest way for Barnes to see his kids at the time.

When they made a pitstop and Gloria was the last one back to the car, she answered her phone and the call was automatically picked up by the Bluetooth in her car, allowing Barnes to hear everything.

“I was like ‘Yo I fucken know this voice’,” Barnes later recounted to VladTV.

According to Barnes, Gloria was shaken when she realised the entire call had been playing in the car.

Just before she hung up, Barnes jumped on the call and interjected with, “Derek the next time I see you, I’m going to beat the shit out of you”.

Barnes and Gloria then sat in silence for the remaining hour of the drive as Barnes plotted his next move.

Not long after Barnes first found out what was going on, one of his sons, Carter, called him and said, “your friend Derek is here”.

Barnes then called his other son, Isiah, who told him he and Gloria had just picked up Fisher from the airport.

That was when Barnes decided to drive from his place in Marina Del Rey to his old family home in Manhattan Beach to confront Fisher.

This was at about 10 o’clock at night.

“Gilbert’s a motherfu*ckin’ firestarter himself, so he was gassed,” Barnes told VladTV.

Barnes and Arenas were quite tightly connected, with Arenas previously dating Gloria’s sister and remaining good friends with her brother.

WHEN BARNES ARRIVED, HE JUMPED THE FENCE AND STARTING RAISING HELL

As soon as Barnes arrived he could smell barbeque.

So he ran down the side of the house and jumped the fence.

As he rounded the corner into the back yard, he saw Fisher with his arm around Gloria and immediately charged at him.

BARNES PUNCHED FISHER IN THE FACE, KNOCKING HIM OVER BACKWARDS

“I just stuck him and he falls into the sliding glass door,” Barnes said.

“Then I’m jumped on by like three or four dudes and everyone’s screaming… I said ‘whoever gets in my way is getting hands’.”

“So I get into the house and we get around this little island (bench), and we’re kinda playing Tom and Jerry,” Barnes said.

Fisher was screaming and pleading for Barnes to allow him to explain.

An incensed Barnes was having none of it and Fisher soon darted into the front room, where they squared up again.

Eventually, Fisher’s bodyguard managed to grab Barnes and told him that someone had called the police and that he should leave before they arrive.

“I’m thankful to this day that there were people there, because if it were just me and him, I probably would’ve really hurt him,” Barnes said.

AFTER THE INCIDENT, BARNES TOLD REPORTERS: ‘VIOLENCE ISN’T THE ANSWER, BUT SOMETIMES IT IS’

Barnes was suspended for two games following his run-in with Fisher.

The Player Association tried to fight the ban on his behalf, but Barnes quickly undid their hard work and earnt himself a $35,000 fine when he told reporters, “Violence is never the answer, but sometimes it is”, adding that he regretted nothing.

BARNES’ KIDS CONVINCED HIM TO SQUASH THE BEEF

Unsurprisingly, things were rather awkward between Barnes and Fisher whenever they crossed paths after the incident, especially when they both turned up to watch the kids’ games.

In those instances, Fisher would look the other way when Barnes walked by, or leave the gym altogether.

Barnes says he eventually pulled Fisher aside and they worked out their differences.

Fisher apologised, according to Barnes, and they agreed to move on.

But it was Barnes’ kids who helped him really get past everything that was bothering him.

They kept telling Barnes how much they liked Fisher, and he gradually started to come around.

“After my initial frustration, I was just thinking, well, she could be with someone much worse, so I wasn’t really trippin’ no more,” he said.

“We put that sh*t behind us and quashed it and we’re cool now.”