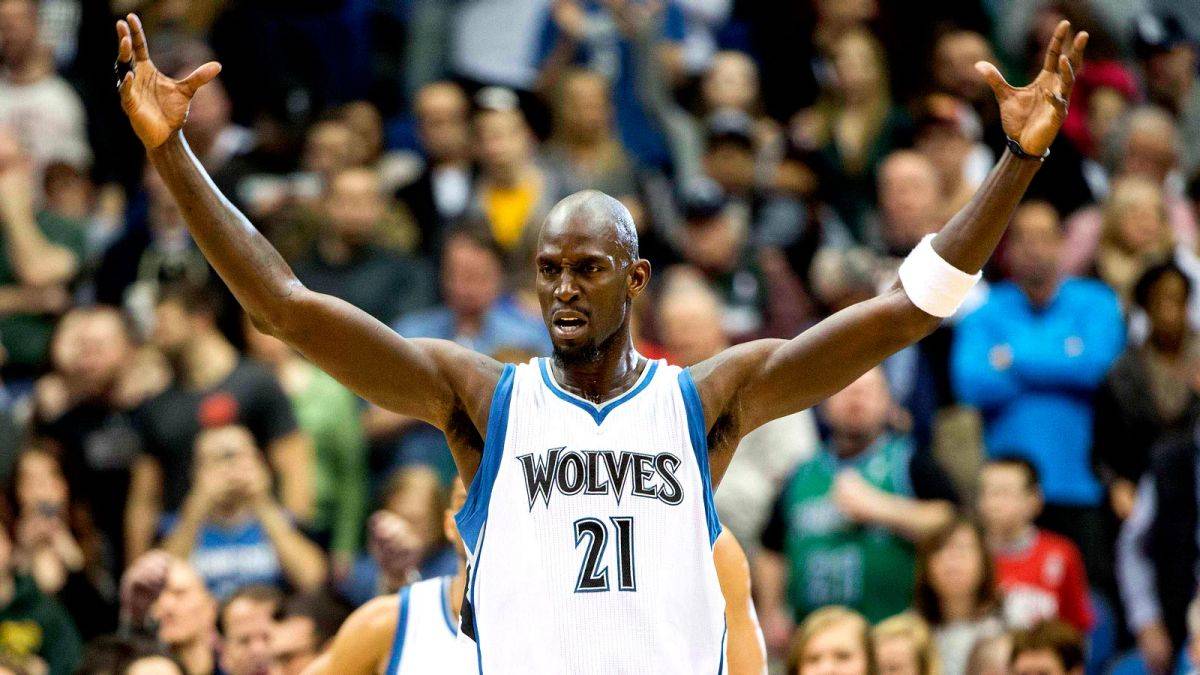 Last week Kevin Garnett received the ultimate honor of being named a first-ballot Hall-0f-Famer along with Tim Duncan and Kobe Bryant, so it seems like a no-brainer that his jersey will be hanging from the rafters of the team that drafted him fifth overall back in 1995.

But not so fast, says KG.

Garnett apparently has no interest in a retirement ceremony as things stand now, ripping Wolves owner Glen Taylor and repeatedly calling him “a snake.”

“Glen knows where I’m at, I’m not entertaining it,” Garnett told The Athletic’s Shams Charania. “First of all, it’s not genuine. Two, he’s getting pressure from a lot of fans and, I guess, the community there. Glen and I had an understanding before Flip died, and when Flip died, that understanding went with Flip. For that, I won’t forgive Glen. I won’t forgive him for that. I thought he was a straight-up person, straight up businessman, and when Flip died, everything went with him.

With the Celtics set to retire Garnett’s jersey next season, it appears his number will soon be hanging from the rafters in Boston but not Minnesota.

Let’s hope that situation is amended soon rather than later.