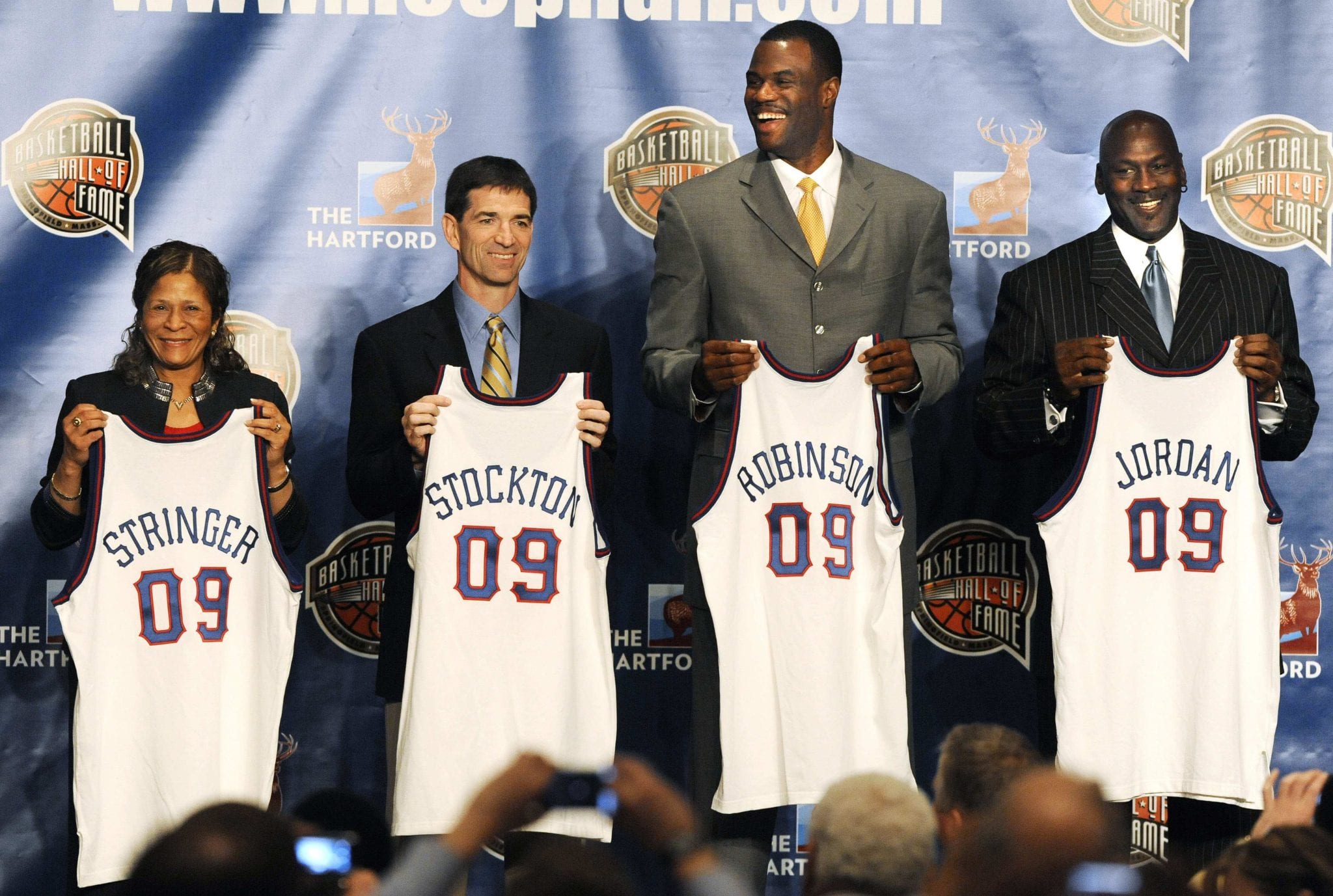 They’re considered by many as the greatest class ever inducted into the Naismith Memorial Basketball Hall of Fame.
Led by perennial GOAT, Michael Jordan, the Class of 2009 can be summed up with one phrase—commitment to winning.

“The Admiral” David Robinson, who spent his entire career with the San Antonio Spurs, was a 10-time NBA All-Star and two-time NBA Champion.

Former Utah head coach Jerry Sloan, is one of only four coaches n NBA history with a 15-plus consecutive season winning record.

Jordan, who teared up before starting his speech, credited his family for his competitive nature.

Jordan recalled the time assistant coach Tex Winter told him there was no “I” in team after Jordan scored 25 straight points in a win.

All the inductees showed their gratitude to the teammates and players who helped them achieve their goals.