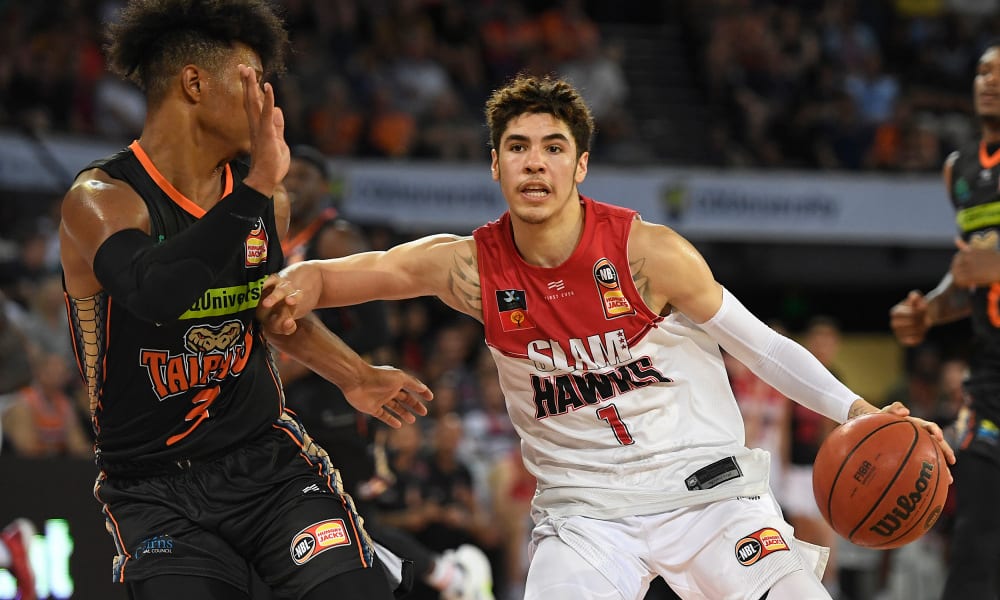 With the 2020 NBA Draft ahead, it’s time to start looking at LaMelo Ball.

Ball, who played in the Australian NBL for the Illawarra Hawks, averaged 17 points, 7.6 rebounds, and 6.8 assists in 12 games.

Standing at 6-foot-7, LaMelo Ball has been seen as the player with the most potential of the three Ball brothers.

For one, his size gives him an advantage over most point guards in the NBA.

Secondly, Ball has been praised for his playmaking ability.

His excellent court vision gives Ball an opportunity to be a premier distributor in the league.

The other part of his skill set is Ball’s elite handles.

He is so crafty with the rock, opposing defenses have a difficult time containing him.

A quick first step allows Ball to beat his defender to the rim with ease.

Ball also has a soft touch around the rim, keeps the ball low enough to prevent turnovers, and his ability to get transition points during a fast break.

His awesome vision makes his transition game and ability to run the floor elite.

He can create, run, has great strength, and always makes the right decision with the ball.

However, the question was not Ball’s natural ability.

The question was whether he has the drive and maturity to reach his potential.

Despite one season in Australia, the questions about his defense and shooting ability were not dispelled.

In fact, his jump shot has been labeled inconsistent often while playing for the Hawks.

His shot selection will have to improve in order to be more consistent from outside the paint.

One area, in particular, is his three-point shooting, like his brother Lonzo, Melo has room to improve

from behind the arc.

Ball also needs to focus on his defense.

He has a tendency to go for the steal that leaves him beat off the dribble.

He has decent lateral quickness but doesn’t always show it.

However, with the integration of Ball into a system with high-level coaching in the NBA those deficiencies can be remedied.

Since he used to be in the spotlight thanks to his father and brothers, LaMelo Ball has shown the maturity to shine under the bright lights of NBA.

He will be a top pick in this draft, and the skill set he brings from the get-go will be an asset to whichever team drafts him.