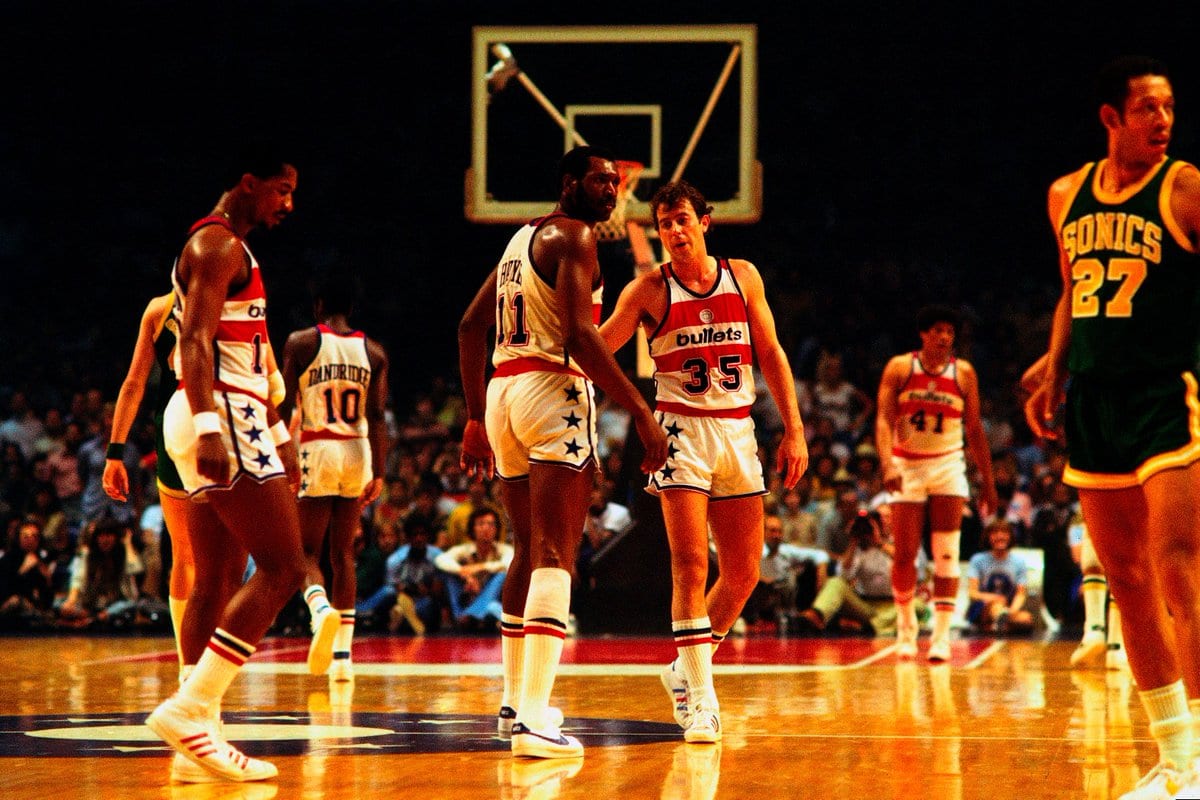 The Seattle SuperSonics and Washington Bullets met in the 1978 NBA Finals.

It was the first of two straight Finals appearances for these teams and went all the way to a deciding seventh game.

The Sonics were a surprise to make it to this point as they started off the season 5-17.

They then fired their coach Bob Hopkins and hired Lenny Wilkens, who went 42-18 and turned the team around.

The Bullets were just 44-38 on the season and were a surprise to make it to the Finals as well.

They were coached by Dick Motta and led by veterans Elvin Hayes and Wes Unseld.

The series started out with a Sonics win to put them up 1-0 in the series.

Fred Brown came off the bench and scored 30 points, and Marvin Webster and John Johnson each posted double-doubles. Seattle had six players score in double figures.

This was the starting of a back and forth series. Each team would rotate wins the first five games of the series and each game was within single-digit margins.

The Sonics would win down the wire 93-92 in game three despite Elvin Hayes having 29 points and 20 rebounds.

They would ultimately blow a 3-2 lead and lose games six and seven to watch the Bullets raise the trophy. Game six the Sonics lost 117-82.

Game seven went back and forth, which the Sonics couldn’t overcome a deficit.

They lost 105-99 and one of their best players Dennis Johnson would shoot 0-14 from the field. Unseld would go on to win MVP despite averaging a smaller stat line then Hayes,

Although the Sonics couldn’t come away with a victory in the 1978 NBA finals.

They got their revenge the next season as they would go on to beat the Bullets pretty easily 4-1.