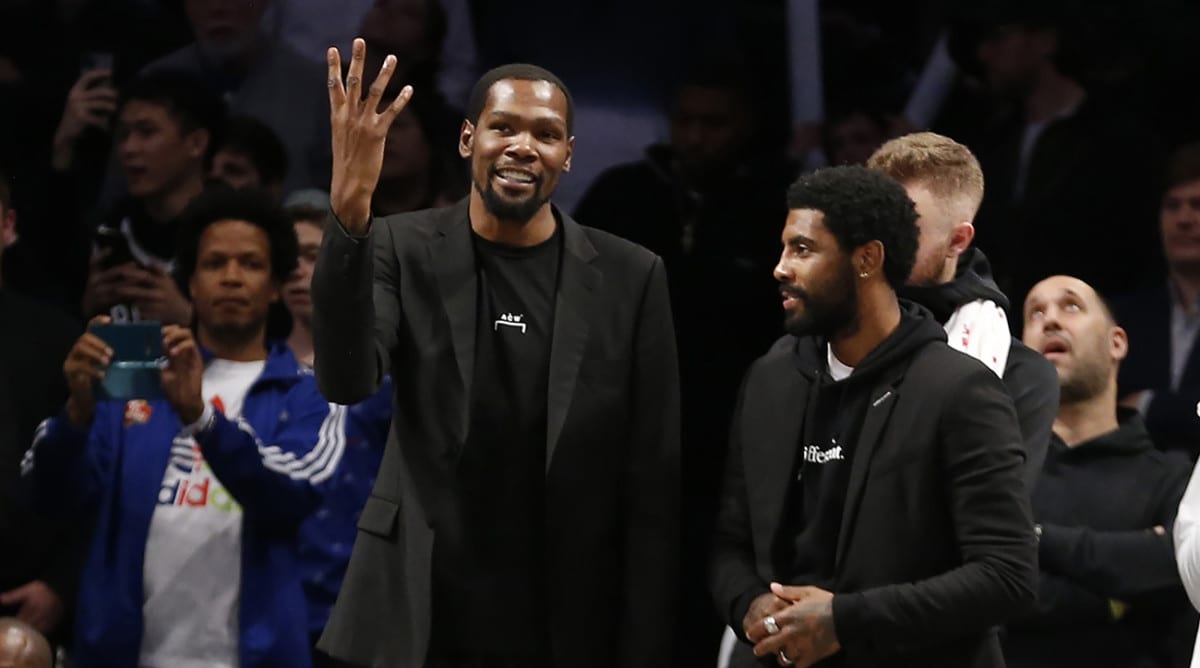 The Brooklyn Nets coaching search will include input from superstars Kevin Durant and Kyrie Irving.

While the season remains on hiatus, Nets GM Sean Marks did give an update on what will happen at seasons end.

However, Marks did clarify that out of respect for interim coach Jacque Vaughn, the team would not conduct its search until a conclusion to the season is set.

In fact, Marks is sticking to the original timeline the team set when Kenny Atkinson was fired.

Should the season resume at some point, the Brooklyn Nets would be in the playoffs based off of their record.

Sticking to his way of conducting business, Marks did admit that he will take the opinions of Durant and Irving into consideration.

“I love getting their opinions, I love seeing what they see,” Marks said.

The Brooklyn Nets will have an interesting field to choose from for their next coach.

One such example is Clippers assistant Ty Lue, Irving’s coach in Cleveland.

Lue’s ability to manage egos led the Cavaliers to three straight finals appearances and a title in 2016.

Meanwhile, Vaughn will remain in consideration, despite being a longshot to land the position permanently.

Vaughn and the Nets went 2-0 before the hiatus took place.

One of those victories came against LeBron James and the Los Angeles Lakers at Staples Centers.

The Brooklyn Nets currently sit as the seventh seed with a 30-34 record in the Eastern Conference.