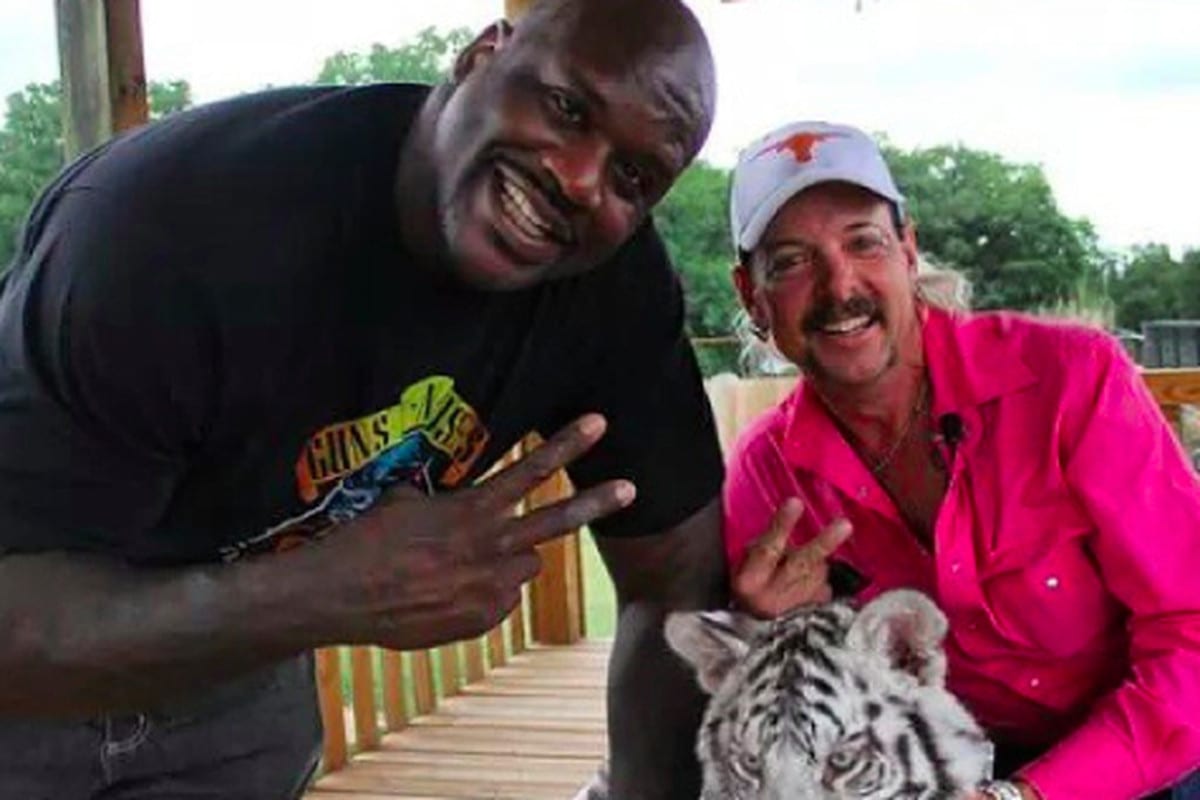 Shaq said that while he loves big cats, he “had no idea” what was going on behind closed doors at the hands of the now-imprisoned Oklahoma ranch owner Joseph Maldonado-Passage, also known as “Joe Exotic.”

Joe Exotic was sentenced to 22 years in prison in January, after he was found guilty of multiple charges, including murder-plot-for-hire and illegally selling tiger cubs.

Unfortunately, Shaq was seen on the opening episode of the seven-part documentary with a video showing him touring the zoo grounds as well as taking pictures with the animals.

They also cut to a video of him the day after his visit on TNT’s NBA broadcast saying “Shoutout to Exotic Joe” then following that up with “I got two more tigers.”

Shaq took to his latest episode of  “The Podcast with Shaq” to further explain his time at the zoo and states he does donate to help Tigers, but has never bought any of the animals from Joe Exotic nor are they friends of any kind.

Shaq said after they went a few more times and found out what was going on, he stopped making trips.