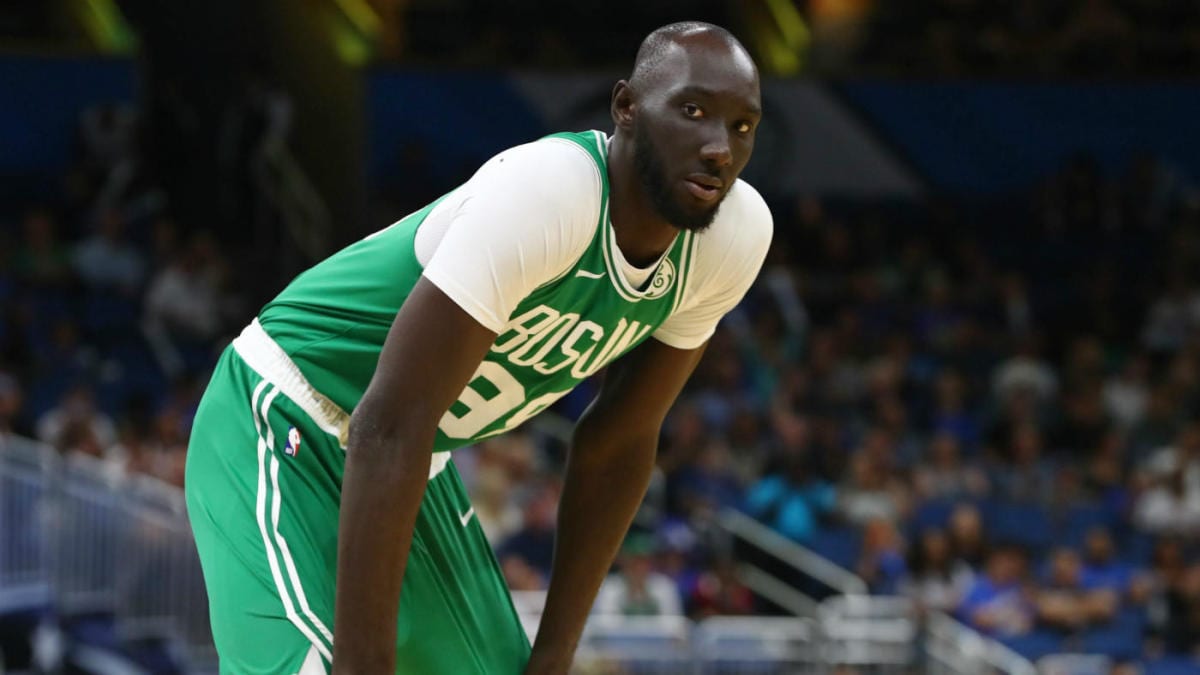 Not only is Tacko Fall one of the tallest players to pull on an NBA jersey, but he might just be one of the most popular too.

Fall is winning over fans and building a cult following despite rarely seeing the floor since making his debut for the Boston Celtics on October 26.

The rookie went undrafted in 2019 but was later signed by the Boston Celtics to a two-way contract with the Maine Red Claws of the NBA G League.

Despite bouncing back and forth between the two teams, fans have latched onto Tacko, who first gained notoriety due to his enormous size and soft-spoken nature during the 2019 NCAA Tournament.
As a senior, he led the University of Central Florida to their first appearance in the tournament in 14 years.

The Knights fell to Duke in the second round 77-76, but announcers and fans took notice of the center.

Born December 10, 1995, in Dakar, Senegal, Tacko immigrated to the United States when he was just 16 years old.

Promised a scholarship and a Visa, Tacko only spoke French and didn’t even play basketball when he left his mom and younger brother for the states.

He would pick up English in just eight months and average 20 points, 15 rebounds, and five blocks as a senior with a 4.0 GPA at Liberty Christian Prep in Tavares, Florida.

From there, Tacko went on to the University of Central Florida, where he played four seasons.

He became the all-time leader in blocks for the school with 280, and his rebound total of 887 was the third-most in school history.

Tacko may not have been in the running for Rookie of the Year, but his stats of 4 MPG, 3.2 PPG, and 1.8 RPG are enough to keep fans cheering for more.