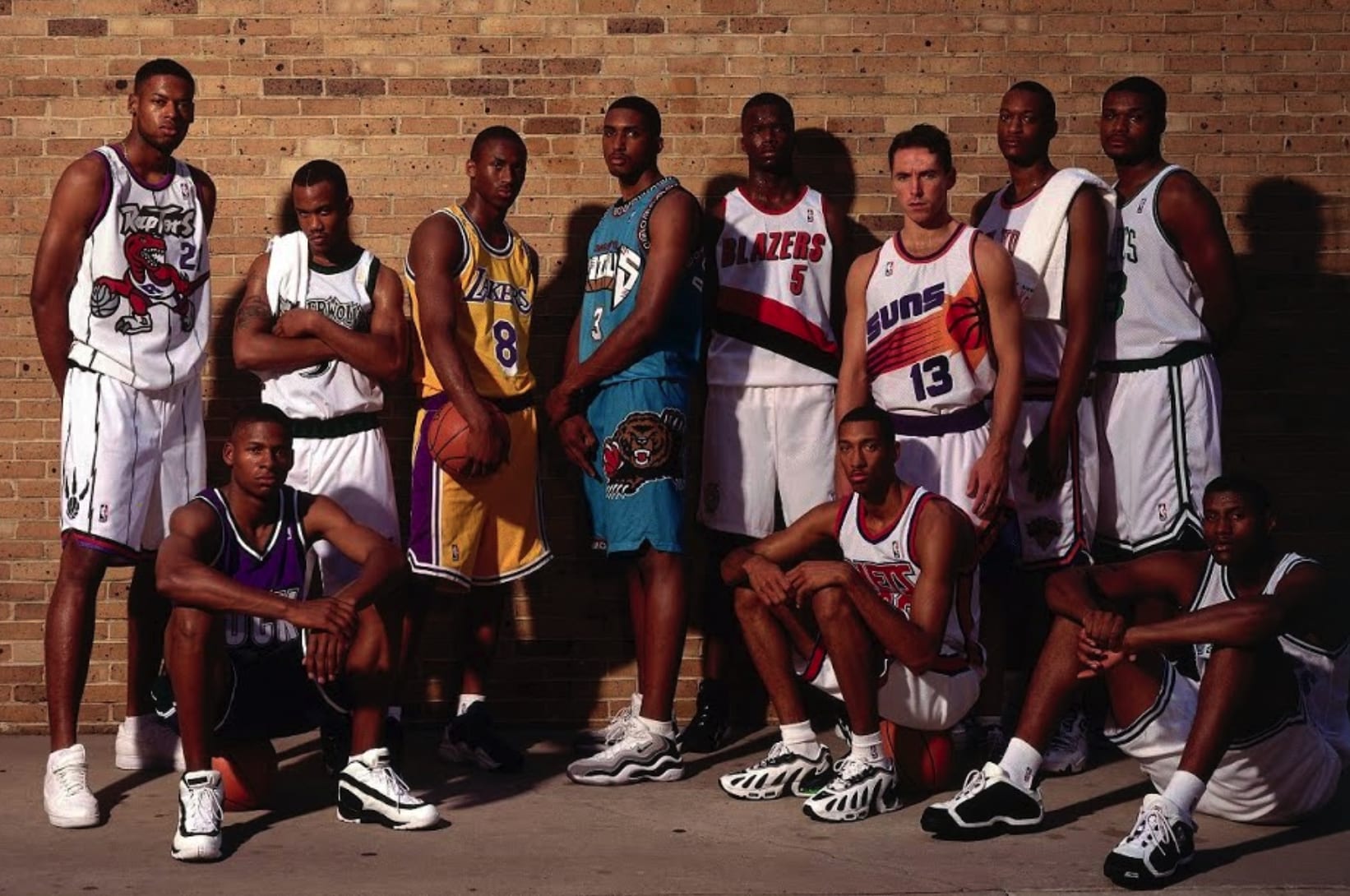 The 1996 NBA Draft is among the greatest ranking draft classes in NBA history.

However, the 1996 NBA Draft class also had a number of great players that shaped the league we know and love today.

This group alone features at least four Hall of Famers as of now, three MVPs, seven All-NBA players, 10 All-Stars, and a total of 58 All-Star appearances between them.

Also most notable, the players in this draft combined have 14 championships.

Let’s look at the names that make this class shine.

“The Answer” leads the way as the first overall pick in this class.

An 11-time All-Star, 2001 NBA MVP, took the 01 Sixers all the way to the Finals, and crossed up Michael Jordan and Ty Lue in nasty fashion.

Iverson finished with career averages of 26.7 points, 3.7 rebounds, and 6.2 assists per game and was inducted into the Hall of Fame in 2016.

If only the T-Wolves kept Allen to pair alongside a young Kevin Garnett.

Instead, Allen would go off to Milwaukee to begin a lengthy and star-worthy career of his own.

Eventually, KG and Allen would team up with Paul Pierce in Boston to win a title together in 2008, before eventually winning a second in 2013 as a member of the Miami Heat.

Allen was a 10-time All-Star, is the all-time leader in three-pointers made with 2973, and was inducted into the Hall of Fame in 2018.

He holds career averages of 18.9 points, 4.1 rebounds, 3.4 assists per game, and holds a career average of 40 percent from three-point range.

It is still hard to believe the great Kobe Bryant is gone.

However, his legacy lives on in great spirits.

He is best remembered for his killer mentality and basketball persona dubbed the “Black Mamba.”

Bryant finished with averages of 25 points, 5.2 rebounds, and 4.7 assists per game in 20 years as a member of the Los Angeles Lakers.

He is a finalist for the Hall of Fame 2020 class alongside Tim Duncan and Kevin Garnett.

It is still baffling to think Nash retired with zero titles.

Nonetheless, Nash still crafted an incredible and respectable career for himself.

Nash played alongside Jason Kidd in his first stint with the Suns before being sent off to Dallas.

As a Maverick, Nash would play some great years alongside Dirk Nowitzki before returning to Phoenix in the summer of 2004.

Under Mike D’Antoni’s seven seconds or less system, Nash would earn two MVPs and constantly contend for a title.

His final attempt to win a ring came when he joined Kobe Bryant and Dwight Howard as a member of the Lakers.

That turned into a disaster and Nash ultimately retired as injuries forced him to call it a career.

Alongside Ray Allen, Steve Nash also became a Hall of Famer in 2018.