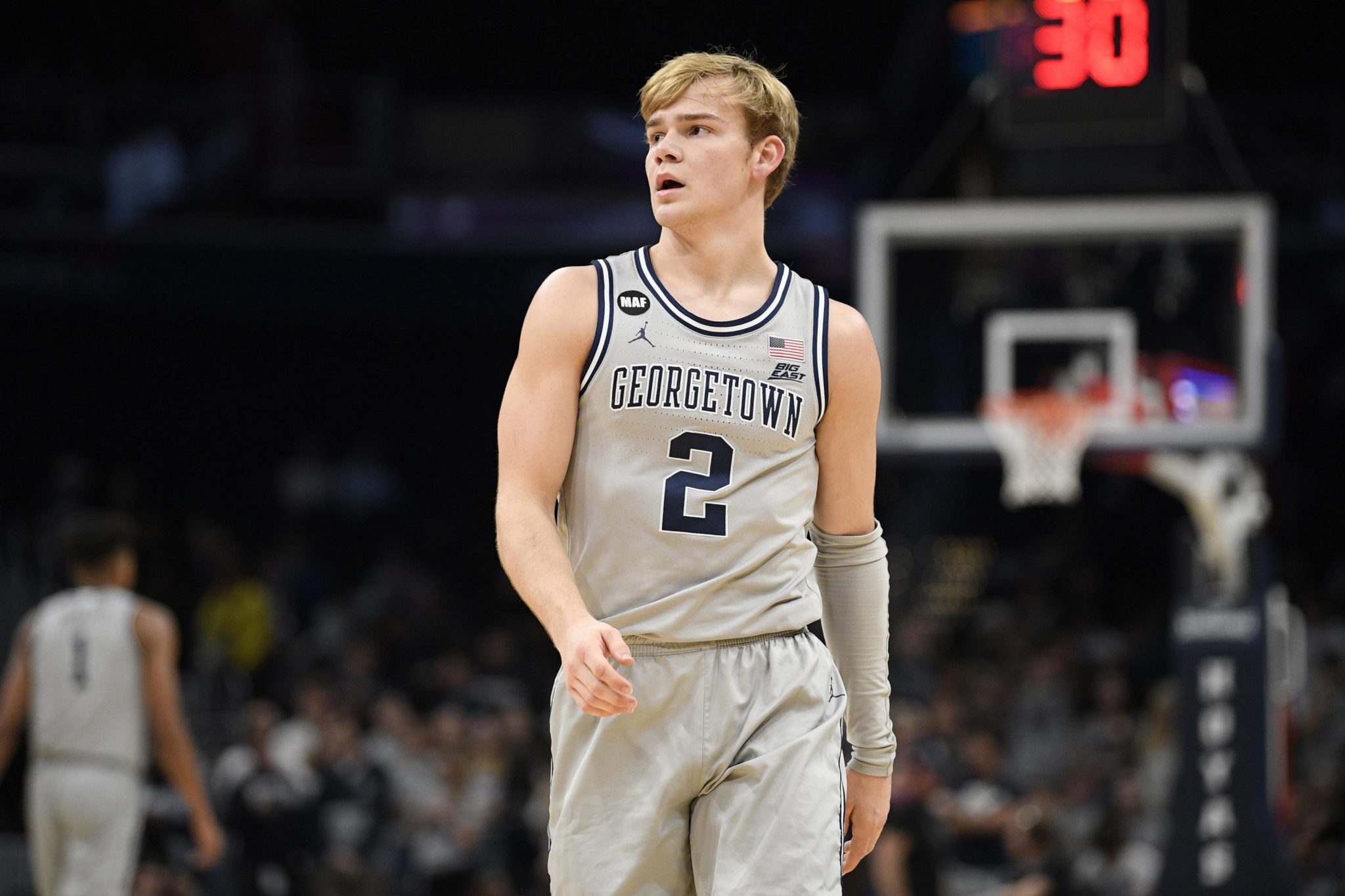 Georgetown’s Mac McClung announced Sunday that he is declaring for the NBA draft.

But the sophomore guard will maintain his eligibility by not signing with an agent so that he can return to college if he doesn’t like where his draft stock is heading.

It wasn’t an ideal season McClung, having missed 11 games this year with a right foot injury.

His squad also dropped from 15-10 to 15-17 with seven consecutive losses under head coach Patrick Ewing.

To top it off, McClung only eight minutes and missed all three of his field-goal attempts in his final games of the season against Providence on February 19.

But he was still was able to increase his numbers across the board, finishing the season with averages of 15.7 points, 3.1 rebounds, 2.4 assists and 1.4 steals.

McClung, who became an internet sensation with high flying dunks in high school, will be an interesting prospect for NBA scouts to evaluate due to his small stature at 6’2 and not having the skill set of a true point guard.

However, he still brings plenty to the table, including his outside shooting.

But only time will tell when it comes to his NBA destiny.