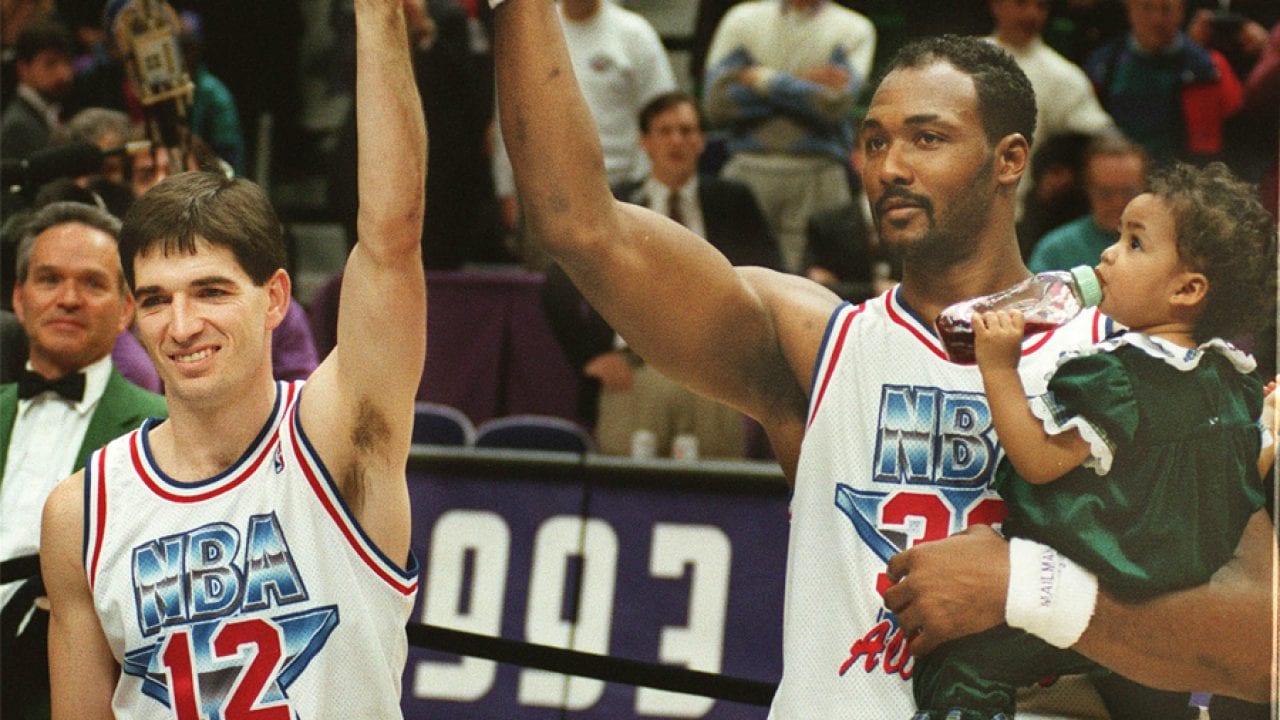 It was a classic, featuring fifteen future Hall of Famers.

While this game featured a dizzying array of stars, it was hometown heroes John Stockton and Karl Malone who shone brightest.

It was undeniable that this night belonged to Utah, and a familiar phrase would echo throughout living rooms across America from tip-off until the final buzzer: “Stockton to Malone.”

The 1993 NBA All-Star Game held at the Delta Center in Salt Lake City, was a home affair for Jazz greats John Stockton and Karl Malone, and they made the most of it.

The two best players in the team’s history became the first teammates to share the All-Star Game MVP award.

Malone was the second-leading scorer, racking up 28 points, ten rebounds, two blocks, and one steal as the West won in overtime with a final score of 135-132.

Stockton assisted on 11 of the Mailman’s field goals with 15 assists total, 9 points, two blocks, and one steal for the night.

The game capped off an eventful weekend of festivities with the Miami Heat’s Harold Miner AKA “Baby Jordan” winning the Dunk Contest and Cleveland Cavalier Mark Price taking out the three-point shootout.

It would be the last All-Star game for Isiah Thomas and the first for rookie Shaquille O’Neal, while also kicking off an era of  Jazz excellence.

Over the next five seasons, Utah reached the Western Conference finals four times and the NBA Finals twice — losing to the Bulls in 1997 and 98.

While Stockton and Malone never won a title, they did capture the hearts and minds of an entire generation of Utah sports fans.

They won’t be forgotten any time soon, and neither will this game.