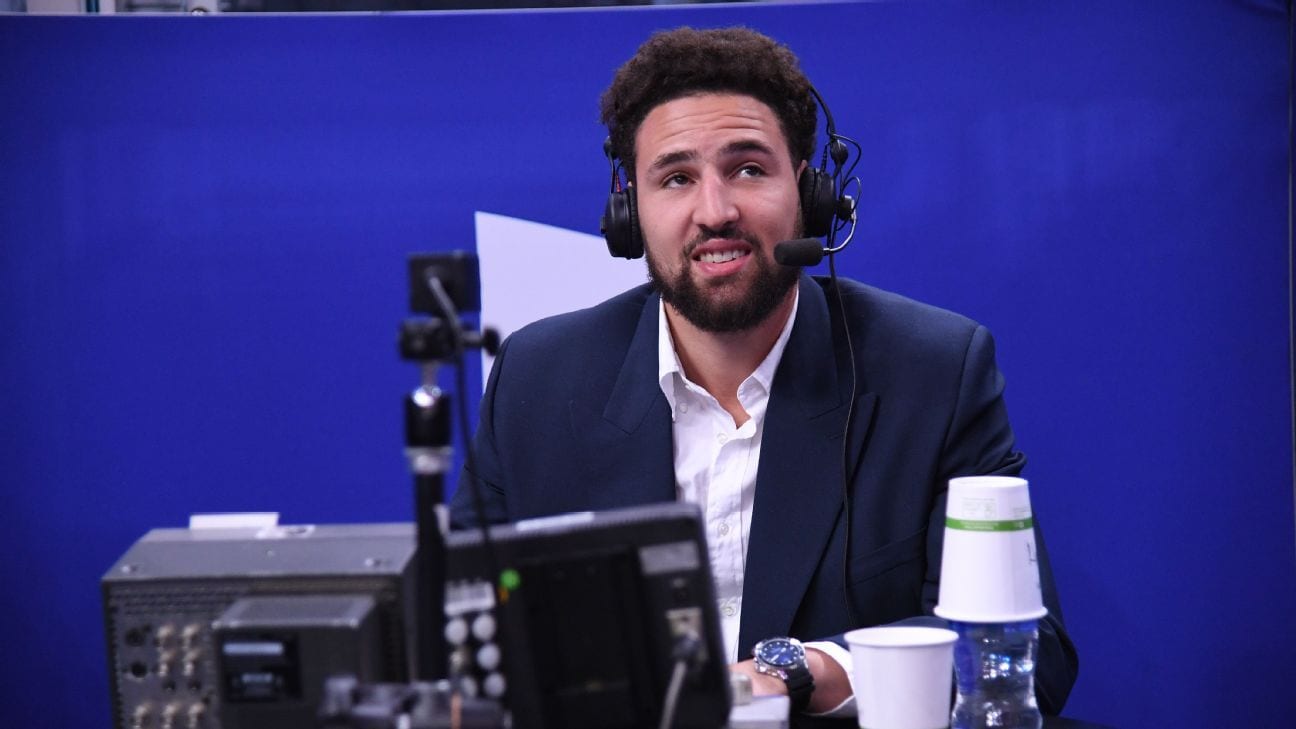 It’s been a long, strange trip for the Golden State Warriors since battling the Raptors in last year’s Finals.

The five-time defending Western conference champions have struggled without the Splash Brothers, racking up an NBA-worst 15-50 record.

As the Warriors and the rest of the league sit in limbo during the COVID-19 hiatus, coach Steve Kerr revealed it’s been especially difficult for guard Klay Thompson.

“It’s been a really, really hard season for Klay,” Kerr told Tim Kawakami of The Athletic.

“He loves to play basketball so much, and just not being able to play has crushed him.”

Thompson tore his ACL during Game 6 of last year’s Finals.

“He’s going to be ready to play next year and so excited, and the rehab is coming along really well,” said Kerr.

It wasn’t supposed to be this way.

The Warriors were expected to make another run for the title playing their first season in the brand new Chase Center, but injuries to Thompson and star guard Steph Curry have severely hindered the team.

Unlike Curry, Thompson has limited his time around the Warriors citing it to his frustrations with not being able to contribute.

Despite this season’s woes, Kerr is optimistic about the team and especially Thompson.

“I have no doubt…Klay and Steph will be in great shape and ready to roll,” said Kerr.

Thompson recently started shooting with the team and running through some drills.

With the worst record in the league, the Warriors will at least have a decent shot at landing the number one pick in the draft.