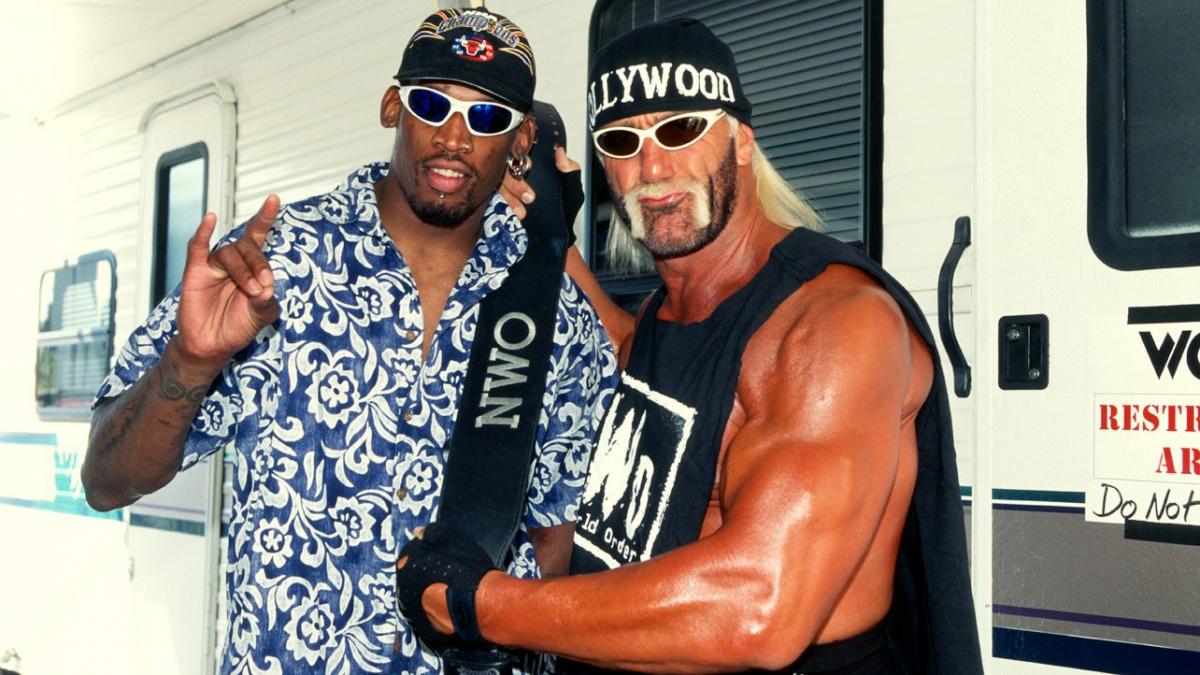 The predictably unpredictable Dennis Rodman says he wants to jump in the ring and wrestle NFL legend Rob Gronkowski.

Rodman made the comments in a WWE Network Special based around him, titled WWE Untold: Rodzilla Runs Wild.

“This ain’t about me making any money, I’ll just go out and wrestle his ass. Let’s go on and do it.”

The news comes after the former Patriots tight end inked a deal with the WWE and was announced as the host of the upcoming WrestleMania.

Related Article:  The Best & Most Emotional Photos of the 2019-20 NBA Season